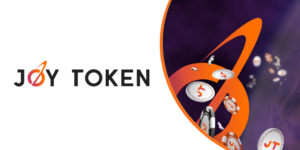 In the past few years, the gaming sector has experienced significant growth. Experts predict the space will generate over $20 billion in annual revenues by 2020.

Though full of potential, the industry is plagued with a host of inefficient practices and largely runs on legacy infrastructure. Influence is concentrated among a select minority of game development studios (casinos) who are able to employ oligopolistic practices – setting unfair prices, excluding competition and operating completely opaquely. Boutique development firms struggle to compete with industry titans as they are paid such a small percentage of their work’s revenue. Furthermore, large players exclude the “small fish” from accessing the most popular gaming platforms.

The end result is not only a hampered gaming ecosystem, but also a negative user-experience, as players are forced to blindly trust casinos to act fairly without documented proof of their earnings/losses.

JoyToken has developed an enterprise-grade, infrastructure protocol designed specifically to address many of these problems rampant throughout the gaming community. They are committed to creating a thriving ‘casino-game’ ecosystem that empowers creative game devs, of all sizes, easy access to operators and clients.

The JoyToken platform leverages the power of Smart Contracts and blockchain technologies to bring a heightened level of security and transparency to the gaming world. All of the casino-game “results are recorded within a blockchain network, which significantly lowers fraud. Thus players can verify that developers are running games exactly as described on the blockchain. Further, game developers and software houses can connect and integrate with liquidity providers, such as casinos, to provide access directly to their games. Both the casinos and the developers benefit from the additional revenue and increased game innovation. The lack of reputation of any specific site can be offset by the fact that rules and underlying infrastructure of the games are recorded on the blockchain (in addition to the approval system before games are allowed to go live on the Joy Gaming network).”

This complex, yet easy-to-access gaming ecosystem is poised to streamline the space. The implementation hinges upon a decentralized application of smart contracts that automatically validate, authorize and log transactions via the blockchain. Through the blockchain, “they will be able to audit everything that happens on the platform.

Users that play the games will be able to view, in real time, the outcomes and the rewards of the network. Unlike traditional casinos where deposits are made to the casino account, users will always have control over their JoyToken wallet (and withdrawals are simpler and conducted more quickly).” In essence, JoyToken is restoring power to the people, while upholding necessary standards of security and safety.

Importantly, the usage of autonomous agents (smart contracts) to authenticate transactions supplants the conventional, highly error-prone intermediary parties used by alternative platforms. Entrusting an algorithmic model, rather than a human, reduces bias and eradicates any conflict of interest between the player (gambler) and the platform (the casino), as everything is managed and audited in a distributed manner. Everything occurs instantly, and there is no reliance on a third-party to monitor information, as everything is handled via Smart Contract automatically.

The JoyToken blockchain network overcomes many problems common to conventional online casinos. In a typical digital casino, players send money to the “house” in order to play games. Clearly, this is a massive point of vulnerability for potential fraud/scamming/hacking. JoyToken eliminates this threat by storing all player funds in a unique JoyToken wallet.

“When a player places a bet, the money will be sent to a Smart Contract which will manage the outcome of the bet in a decentralised manner. Using Blockchain means that the casino (i.e. the Joy Gaming Platform) has no control over the player’s money at any time.”

The platform uses the Ethereum network as a blockchain-based layer. Utilized across a wide-variety of now successful applications, Ethereum provides full-Turing language capabilities as well as a number of other helpful features for securing the network. This has a number of positive effects for the user experience.

Developers also benefit from this architecture, as the blockchain provides a large liquidity pool as well as a transparent reputation-ranking system. Developers will be able to “easily “prove” the games that the user plays because it is transparent and on the blockchain.” These game creators can easily connect to casinos and begin collecting commission from their games being played by real users, knowing that they have a transparent, auditable log of gameplaiye events.

Built by a team of serial technologists, the JoyToken team is well aware of just how important the game developers are to the broader gaming community. They have invested significant time and resources in empathizing with this stakeholder, ensuring they provide “best experience in terms of fair reward, full support on the marketing process, and greater capacity of players.”

As more players enter the ecosystem, developers will have the opportunity to have their games played by tens of thousands (perhaps millions) of people each and every night.

Key eLearning Trends That Need to be on Your Radar