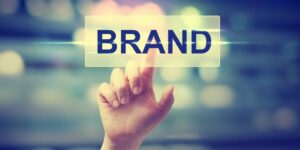 Just about every brand, big or small, has some sort of loyalty program.

It’s estimated that there are over 3.3 billion loyalty program members in the United States. Per household, that averages out to nearly 29 different programs that a consumer has to manage, including grocery store discount cards, club memberships and department store points programs. And when you consider how often consumers forget to make use of these programs, it’s not difficult to imagine how many remain underutilized—both for the consumer and the brand.

One company, ReChain, wants to change the way this space operates. It hopes to do so by replacing the need to manage multiple programs by giving users a single digital wallet.

Led by an impressive team of serial entrepreneurs, and guided by an even more impressive advisory board, ReChain began as a way for its parent company, Rowl, Inc., to incentivize the 11 million users already registered to their portfolio of web platforms and mobile applications. While crafting the technology, the team saw the larger potential.

“ReChain has amazing upside potential as a landscape changer,” said C. Edward Carter, investor and former head of Banc of America Securities. “I saw the same when we took Amazon public.”

“Brands are not leveraging their loyalty programs as effectively as they could be, for both marketing reach and user retention,” said ReChain CEO Gregory Butler. “For all the effort put into the creation and maintenance of these systems, the customers are still not getting what they require, and brands find themselves putting good money to waste, searching for the right customers.”

In addition to Butler, an entrepreneur and former Fortune 500 executive, the ReChain team is led by Bill Glaser, a serial entrepreneur and financier responsible for raising over $200M for startup initiatives; Brian Moynihan, former product lead for match.com; Michael Portera, a former Wall Street financial advisor who has led raises totaling over half a billion dollars; Barbara Bickham, the company’s CTO and award-winning developer and technical leader in artificial intelligence and machine learning; and Amber Fonseca, a former brand partnership lead at Sony and Loot Crate.

“Within our ecosystem, brands can learn what customers want and make offers based on a deeper level of insight, developing a personal relationship previously impossible through programmatic advertising and blanket points programs,” said CPO Brian Moynihan.

By leveraging Ethereum’s Smart Contract system, all transactions on the ReChain platform will be tracked—with the data transparently provided on all three fronts: for users, brands and publishers. In this way, users will be able to “opt in” and share their data to receive more relevant advertising messages, while simultaneously sharing in the incentives that have otherwise been kept solely on the side of the platform or advertiser.

Meanwhile, brands will be able to collaborate with other companies looking to reach similar types of consumers, allowing them to combine offers that appeal to the same type of buyer.

“The rewards space will benefit tremendously from transparency, and we’re excited to be leading the charge,” said Butler.

Commander One for better file management