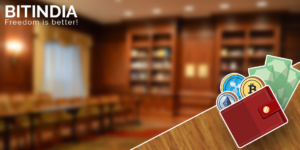 Bitindia ICO is a platform for blockchain technology with an exchange wallet & a cryptocurrency exchange for India and it is a suitable and secure way of buying and selling Bitcoins, Ethereum ,Ripple in India which allows its customers to buy and sell these cryptocurrencies with the help of their local currency to trade or keep the digital assets as savings. BitIndia ICO sale is set to start on 11th September 2017. It lets its client to purchase, sell Bitcoins, Ethereum and Ripple as well, and trade without the involvement of any third party in the investments. It is a global platform which ensures to provide security with a convenient method of payment over the Internet. Being India’s largest platform for blockchain exchange and blockchain wallet. It is a convenient ICO platform which lets investors and users to invest in cryptocurrencies securely, by way of the Internet. It provides a global platform for exchange and trade in cryptocurrencies, and is cited to be India’s largest and first blockchain technology platform and a safe wallet exchange services.

It’s a huge platform and opportunity for Indians, since is the biggest cryptocurrency exchange in India and also is the most fitting and safe and sound process of trading in Bitcoins, Ethereum and Ripple from every corner if India which will be covering a population of more than two billion people. BitIndia helps customers to purchase and trade in bitcoins, and also in altcoins like ether and ripple with the help of the local currency.

Let us know a bit about these cryptocurrencies:

Bitcoin is a form of digital currency, created and held electronically. No one controls it. They are not printed, like Dollars, they are created by people, and progressively businesses, operating computers all around the globe, using software that cracks mathematical problems.It’s the first example of a increasing category of money identified as cryptocurrency.

Ethereum is a distributed public blockchain network. Though there are some significant technological dissimilarity among the two, the important difference to note is that Bitcoin and Ethereum vary considerably in functionality and capability. Bitcoin proposes one particular application of blockchain technology, a peer to peer electronic cash system that facilitates online Bitcoin payments while the Ethereum blockchain is based on running the programming code of any of the decentralized applications.

Ripple gives a worldwide financial settlement way out, to allow the world to trade value like it already exchanges information , giving rise to an Internet of Value (IoV). Ripple solutions decrease the total price of settlement by allowing banks to transact directly, instantaneously and alongwith assurance of settlement. Banks around the globe are collaborating with Ripple to perk up their cross border payment offerings, and also to connect the growing, global network of financial institutions along with market makers laying the foundation for the Internet of Value.

Apart from these cryptocurrencies, BitIndia will be introducing many other altcoins as well in the future.

BitIndia wants to create a user friendly, secure, decentralized atmosphere for India, so that people can carry out their everyday, small to big, every kind of transactions through BitIndia wallet.

BitIndia envisions to reach out to every person in India, from every part, thus, aims to launch BitIndia wallets in every corner of India, so that every one can have the benefits and access to the cryptocurrency world.

BitIndia’s aims is to launch a platform that will be the largest, easy, simple, fastest to trade in cryptocurrencies (initially Bitcoins and Ethereum, but many other of the major cryptocurrencies in the future) throughout the world, where people can secure their digital assets as well.

How to Resolve Netflix Proxy Error

How to record calls on an iPhone