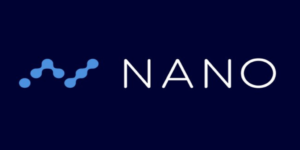 While most of the world was entranced this past weekend by the launch of the Pyongyang Olympics, the cryptocurrency landscape quietly experienced a major coin’s explosion. Plenty of XRB/Nano coins produced by Nano.org (previously RaiBlocks) are missing, and their owners are hurting and trying to understand what happened and who’s to blame. Let’s recap what’s been going on with Nano.org (not to be confused with the well known Nano Vision at Nanovision.io).

RaiBlocks, or XRB, is a cryptocurrency that experienced some success in late 2017 as the general crypto market surged along with Bitcoin’s mid-December peak. The coin’s price went from $.25 to $35 in mid-January, and on January 9 Binance announced that RaiBlocks had won the “Community Coin per Month” competition, a monthly vote on a new coin to be listed for free on the notable Binance network. Before landing their Binance listing, RaiBlock had mostly been traded on smaller exchanges, notably Italian exchange Bitgrail.

But RaiBlock also faced some significant wallet issues, summarized here by Christine Masters for Cryptovest on January 8th. In fact, a few observers had raised some concerns about the overall security of XRB. Masters wrote that “jumping into XRB has hidden risks, as exchanges have no known record of handling the coin, providing safe deposits and withdrawals, as well as general security from theft and crashing,” and on the 15th observed that the coin’s lack of fixed coin numbers, mining, and fees “has raised some questions on how exactly the asset becomes valuable, since it resembles a centralized currency, like a gaming token. The network is only secured and verified by nodes, which are also comparatively easy to set up.” Bitfalls CEO Bruno Skvorc provided perhaps Raiblock’s harshest criticism, tweeting: “More Blown away by $XRB. A mock-token made by one single exchange presenting itself as ‘the next blockchain’ like IOTA, all fake, going from $0.5 to $30 in a month and none of its proponents are able to see it as the scam and moneygrab it is. Worst of all, no one is going to jail.”

Riding high on its Binance win despite some major security concerns, RaiBlocks announced a rebrand to Nano on January 31, arguing that the RaiBlocks name is more difficult to pronounce and too technical-sounding for widespread use. Market Mogul reported that the name change was announced in the shadows of “a compromised web wallet and issues withdrawing funds from the Mercatox exchange,” while a still skeptical Skvorc accused RaiBlocks of simply attempting to rebrand “vaporware.” RaiBlocks debuted as Nano on Binance a couple of days later, on February 2. TechCrunch reported that by the time news of the brewing fiasco was made public, 80% of Nano/XRB was traded on Binance, but a substantial portion stayed with BitGrail.

On Friday, February 9th, crypto users who logged into the exchange at Bitgrail.com saw an alarming message: 17 million Nano coins had disappeared. TechCrunch estimated the lost coins were worth about $170 million. The loss was so severe that BitGrail was left insolvent, as BitGrail owner and operator Francesco “The Bomber” Firano had only 4 million XRB in reserve to cover losses. RaiBlocks/Nano said in an official statement published on the 9th that the day before Firano had informed them of coins missing from the BitGrail wallet.

Firano and Nano/RaiBlocks could not agree on a timeline of how or when the coins had disappeared. Nano/RaiBlocks eventually concluded that BitGrail acted in poor faith: “We now have sufficient reason to believe that Firano has been misleading the Nano Core Team and the community regarding the solvency of the BitGrail exchange for a significant period of time.” Firano, for his part, blames the Nano developers, arguing that a bug in their software enabled double-spending of the coins. He further blames them for refusing his proposal to fork the blockchain to before the theft. The war between Firano and Nano has only escalated, with Nano claiming Firano executed a cover-up and Firano threatening defamation claims.

In the meantime, increased scrutiny has been placed on BitGrail, an exchange that clearly suffered from operational and security issues. CoinCentral points out some BitGrail users have noticed false account statements as far back as December. Mashable quotes security researcher Tony Arcieri, who claimed that BitGrail’s lax security let in hackers. Frances Coppola with Forbes goes as far to state “This is beginning to look like an inside job,” pointing to some Reddit-based investigative work alleging that BitGrail had known of, and scrambled to cover, massive insolvency issues for months before the alleged hack.

As more information comes to light about BitGrail, some XRB/Nano users have turned their understandable frustration on the Nano developers. Forbes points out that Nano/XRBs Zack Shapiro repeatedly assured crypto traders that BitGrail was a safe and legitimate way to trade the coin, despite growing evidence that the exchange was insolvent.

The situation is still developing–both sides of Nano and BitGrail, after all, are attempting legal action against each other–but the damage may have already been done for the XRB users who lost their crypto investments. RaiBlock’s name change, made public just as a massive scandal was preparing to burst open, is regrettable because it can easily be confused with Nano Vision, the world famous blockchain company utilizing its own “Nano Tokens” in an ICO-based environment to launch advanced healthcare research initiatives. Nano Tokens will be minted on AI chips developed by Arm, the world’s leading semiconductor IP company. The chips will use blockchain to store massive quantities of molecular-level data, while the ecosystem’s AI component will analyze datasets for trends and possible new avenues for research. As RaiBlock faced increasingly apparent security and solvency issues (and definitely should have known it, if they didn’t already), they attempted to rebrand onto a well established token name that already existed.

As a crypto enthusiast and a cheerleader for the industry, in my opinion RaiBlock’s (Nano.org) is an example of company that makes the general public weary that all ICOs are scams. You don’t change your name to a well established company in your space, especially one that’s searching for cures to save billions of lives. Furthermore, millions of dollars have gone missing, and I can’t help to think that members of the Nano.org team were involved.