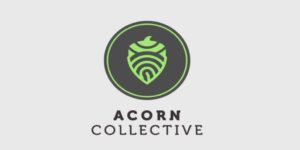 For small business owners, home tinkerers, and dreamers alike, the introduction of crowdfunding platforms has been one of the most important innovations of the technology age.

Rather than be forced to take out large loans to bring products and ideas to market, entrepreneurs could now market their product and service directly to their customer base in order to raise fund development and create demand. Kickstarter and IndieGoGo were two of the first such platforms, and they gradually gained publicity as more interesting projects populated their websites.

Today, crowdfunding can prove for many entrepreneurs as a prime option for starting raising enough money to bring new innovations to life.

Common crowdfunding platforms, however are not without their problems. Fees as high as 10% prevent small business owners from receiving their full injection of much needed seed capital. In addition, smaller and less developed countries are excluded from this platform, inhibiting innovation in poorer places.

Acorn Collective sets itself apart from its competitors in the crowdfunding industry by utilizing blockchain ledgers and an internal token to make payment and funding exponentially more efficient. One of the main benefits of the token is that it allows Acorn to completely remove transaction and crowdfund fees, making their profits off of the tiny fees it costs to acquire tokens.

Without pesky fees, Acorn users are able to collect upwards of 99% of what their campaign raises, a fee structure that is untouched by current crowdfunding platforms. In addition to eliminating fees, the token structure of Acorn Collective’s crowdfunding platform simplifies transactions amongst backers and fundraisers from around the globe.

Rather than force either the backer or the fundraiser to convert their currency if a project is being funding across borders, Acorn’s tokens allow both sides of the platform the simplicity of dealing in a single currency and avoid conversion fees on both sides as tokens are redeemable in local currencies.

In addition to the introduction of a blockchain based crowdfunding marketplace to alleviate fees, Acorn Collective has also expanded their project of democratizing crowdfunding worldwide.

Major platforms currently exclude small and lesser developed nations from participating in campaigns on their website, preventing funding for positive innovation where it could arguably be needed most.

By using a token, Acorn is able to easily avoid problems other platforms may have expanding by simplifying transactions for all users. The platform is open to entrepreneurs and creatives around the globe, making the only barrier to entry for forming a business in anywhere from Azerbaijan to Zimbabwe access to the internet.

Acorn has also created a system within which new startups can sell their products with ease, assisting innovators strapped for cash with a proper marketplace. While there are many resources in the U.S. for creating websites and channels within which you can market products, the Acorn Marketplace will assist entrepreneurs on the platform from all around the globe with selling their products and delivering services to customers.

Users of traditional crowdfunding services can also attest to the difficulty of actually getting a project listed and properly promoted, as well as problems with the transparency and support they are offered both as backers and fundraisers. Acorn’s solution to this is decidedly simple: all non-harmful and legal projects will be allowed on the site and treated with the same degree of respect.

The company has outlined strict project approval criteria that is easy to follow for any potential user. This transparency eliminates many of the headaches involved in having to ‘dress up’ your project for a review committee and allows fundraisers to honestly and whole-heartedly market their campaigns. Also important to the startup is transparency of the company and a strong support network.

As dedicated businessmen and women who truly love what they do, the team is fully visible and maintains a consistent media presence both on their website and through social media that give users a clear look at the status of the company. They pride themselves on a solid support network that is able to provide clear and timely solutions to users on all sides of the platform, a service not offered by most of Acorn’s current competitors.

As both the crowdfunding and blockchain industries emerge from their infancies, it can be expected that much more innovation will be coming from backyards and garages than ever before and the process for bringing those products to market will be the simplest yet.

Acorn Collective is not only a firm believer in the potential growth of these markets, but also the freedom they offer their users. The new platform offered by the startup puts the power of fundraising back in the hands of the small businesspeople around the globe, allowing for easier and more effective fundraising then the tech industry has yet seen.

Quickly Learn 3 Ways How To Get Popular On Facebook