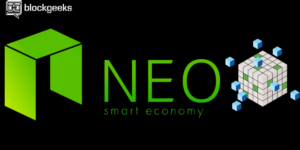 NEO is a Blockchain based platform which users use to digitalize assets, make smart contracts for the digital assets.it is self-managed and has a distributed network aiming at creating a smart economy. Like all Blockchain technologies, it is open sourced and follows the MIT protocol. It allows developers to build on programming languages that are more familiar.

160 teams have come together in friendly completion to try and make a creative and most impressive application on the NEO Blockchain. The winning team has to have created the most engaging game based on NEO, in the four months’ period, between May and August 2018, when the competition is to take place. The news about the contest was posted to NEOs website. A price of 3.5 million Yuan, equivalent to 524,000 US dollars was promised to the winning team.

A post introducing the competition highlights that NewEconoLabs with the support of NEO was the host to the NEO game competition. This competition is created to familiarize the game developers with the NEO Blockchain. The post also says that features such as quick transactions and digital asset support are some of the outstanding merits the Blockchain platform is creating for block chained based game development.

The last submission of the project will be made on the 15th of August, while the judging of the projects will be done between the 15th and 31st August, after which congratulations will be for the winning team.

Among the 39 awards to be issued, the best game award is the most significant, whose winner will score a whopping 800,000 Yuan (approximately 120,000 US dollars). The Blockchain award and the art award will also be given out, each amounting to 500,000 Yuan. Game creativity award and the business value award, each valued at 200,000 Yuan, are also part of the awards.

Judges of the competition include:

Currently, NEO is one of the best Bitcoin Wallets with a market capitalization of 2.29 billion dollars and a price of 35 dollars per coin. NEO has the support of the regulatory commission and the general business community.

NEO aims at integrating better with the real world applications especially the ones that require identity confirmation, like the smart contract. NEO using the delegated Byzantine Fault Tolerance mechanism ensures completion of transactions and facilitates more transactions in a given period, making it more outstanding than other cryptocurrencies. Regarding speed, NEO can handle over 10,000 sales compared to Ethereum, which can only conduct 15 operations per second.

NEOs support for digital identity-backed smart contracts, communication with other Blockchain through a cross-chain protocol and communication protocols that are secure has placed it at the forefront of Blockchain technology alongside Ethereum.

Ways to Encourage Your Employees to Stay Healthy and Happy