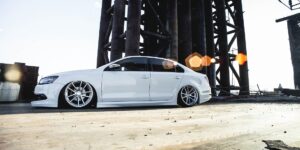 After having “just a few” drinks, you thought the short drive home would be a piece of cake. But a police officer called your bluff, pulled you over, administered a breathalyzer test, and arrested you for driving under the influence.

Now what? You officially have an arrest record thanks to one poor decision. Will your driver’s license be suspended? Will your insurance go up? Will you owe a steep fine and/or face jail time?

Here’s what you need to know about your DUI charge and the steps you can take to mitigate any repercussions.

Immediately Write Down Everything That Happened Before, During and After Your Arrest

Before you do anything else, write down your full account of everything that happened leading up to, during and after your arrest, including how much you had to drink, when you had your last drink and when you were arrested. Don’t rely on your memory! You’ll be surprised at how much you can forget about an event, even just one day later.

One thing’s for certain: you don’t need to just accept whatever the judicial system throws at you when it comes to a DUI. But for the best DUI defense, you need a good attorney who specializes in DUI cases.

According to Romano Law, P.C., “in rare situations, a knowledgeable DUI attorney may be able to show a prosecutor that their case has factual or legal problems, and the prosecutor may be convinced or forced to dismiss the case.” However, a straightforward dismissal is unlikely. There is a greater chance that your attorney will simply be able to lessen the charges, get you acquitted or help you navigate the consequences of a DUI charge.

Either way, you need an attorney who knows what they’re doing. Now is not the time to call up the lawyer who helped your cousin file for divorce. Lawyers have specialties, just like doctors. To get one that knows DUI laws like the back of their hand, ask some of the following questions:

Be Prepared for Possible Outcomes

Your attorney may be able to get the charges dropped altogether or to have you acquitted during the trial. But other possible outcomes may include:

A DUI charge does not necessarily result in jail time or a hefty fine. You are more likely to walk away with minimal consequences if this is your first time being arrested for driving under the influence. With each subsequent arrest, the consequences become more severe. Take this lesson to heart! In the meantime, get a good lawyer on your side.

Do I really save money by renewing car insurance online?