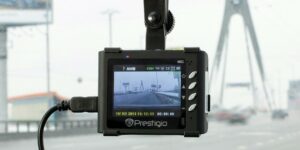 Dash cams have rapidly grown in popularity over the last several years. They’ve become much more affordable, which means they’ve hit a much wider market. Plus, people have realized just how valuable they can be. There are several reasons to get a dash cam and it’s an investment many recommend. If you’re on the fence, here are just a few great reasons to get a dash cam.

Protect Yourself in Event of a Car Accident

Car accidents happen to nearly everyone. Sometimes it’s our faults and sometimes it’s not, but the dash cam becomes incredibly valuable regardless of who’s at fault. If you were at fault, it could be the difference between paying for minimal damage or paying a huge repair bill if the other driver claimed more damage than actually occurred.

The other common way it helps is if there’s a dispute of who’s actually at fault. If someone cuts you off to take a turn, but then claims it was your fault, you can easily disprove them with the dash cam footage. This will make your life so much easier in the case of an accident, as it can keep you from getting a hit on your insurance and having to take a defensive driving class.

Everyone was a new driver at one point in their lives. You know driving is a learning experience and can definitely be difficult early on. This is even more true for teenagers who are gaining experience driving, but might not be at a maturity level conducive with safe driving.

If you’re letting a new driver use your car, a dash cam is a great way to encourage them to drive safely. They might be less willing to make a reckless decision if it can easily be reviewed from the footage after the cat.

Your dash cam can actually help other drivers as well by giving you concrete evidence to report reckless drivers. You’ve certainly seen plenty of people speeding or swerving through lanes on the highway. Sometimes you want to do something, but it’s difficult to call in a complaint with little evidence.

The dash cam provides a great source of evidence that can help you keep the roads safer. This becomes even more important if you’re seeing reckless drivers close to home. No one wants someone running through stop signs in their neighborhood and the dash cam footage could make the difference.

Fraud might not be something you worry about regularly, but believe it or not it’s incredibly common. There are a lot of desperate people out there who might make the decision to fraudulently pretend you injured them or even damaged their car. Your dash cam would be able to corroborate your arguments and easily prove the attempted fraud. This could save you some serious money if you run into a smart fraudster, especially as insurance rates continue to rapidly rise.

This is something that many might not first think of when buying a dash cam, but it’s a surprising benefit. Having the camera running while you’re driving means you could record anything that happens in front of you. Some people have caught crazy lightning strikes, meteors, or even a plane crash.

Or, if you’re going on a road trip you can use the camera to record your entire trip. This could work out great if you wanted to put together an awesome video summarizing your whole trip. Some of the best footage could come from your dash cam!

How to Promote Your Brand to Students