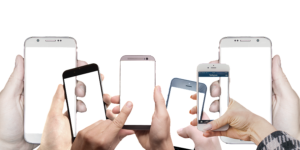 We live in an era where smartphones are prevalent. Gone are the days when traditional phones were used which only allowed to use to make calls and do a limited number of things. Now the world is on our fingertips. From communicating to browsing on the Internet, we can do thousands of things in just a matter of time.

Consumerism is at its peak which has resulted into a number of smartphone companies popping up. Due to the rise in competition, we can easily buy Best Smartphones in cheap prices because every company wants to sell its product so they will probably set lower prices from their competitor to attract customers. Although, this makes difficult for customers to choose the right piece in the market. For your ease, following are important points one must take into account before making their purchase:

Processing power of the smartphone is probably the most important thing one must consider before sealing the deal. It would vary from phone to phone depending on several factors like UI bloatware and OS version.

If you play more games and are a heavy user then go for a Snapdragon which would make multitasking easy for you otherwise opt for something less.

Battery usage differs from user to user depending on where he/she users their phone. If you are a businessman who often uses his phone to attend voice and video calls then go for at least 3500mAh battery. If you are an average or light user then 3000mAh would suffice too. Look over the battery specs and make your decision wisely.

Storage is another important factor to take into account. Not all smartphones come with the option of external storage. If you are a user who needs excessive amount of storage then make sure your phone has the feature of external storage and also has a good internal capacity. If you keep a less number of apps then even 32 GB would suffice.

Smartphones are considered mini-camera now. Only cameras are now used less for photography and people use their smartphones to perform their hobbies. So it is important for all the photo-freaks to take this factor into account.

Megapixels doesn’t alone determine the quality of camera. There are other specifications like camera aperture, pixel size, autofocus, ISO levels and other essentials that one must consider to evaluate the quality. A 16 megapixel may not necessarily be better than 12 megapixel camera. The same rule applies for front cameras.

Most smartphones now come with additional security features like fingerprint or iris sensors. These are not just used as a lock to handset but also as a password to access documents, files and other applications. It is always recommendable to buy a smartphone with extra security features since most of us have personal information stored on it.

These were just the few important points to consider before buying your smartphone. There are several other as well like your budget. Keep in mind what you need out of the smartphone and you will tend to make the best purchase.

Intel/AMD vs. AMD vs.? : AMD’s Not So Secret Super Power

The best mattress for people with back pain