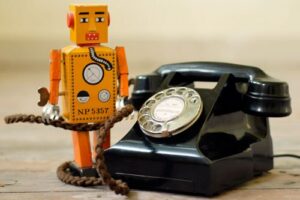 A robocall is one of a plethora of phone calls that any people consider as trash or pam. Robocalls are considered as inappropriate and irrelevant, and they have been known to frustrate any people as well. Robocalls are dialed from a computer and when dialed, they deliver a specific message to the receiver.

Robocalls are often designed to create an environment where the recipient call communicates with the agency, either through a voice keypad input or by transferring the customer to a representative after a while.

Most people do their best to stop these robocalls and the most popular method of doing so is by calling a network provider. However, there are three basic reasons why there hasn’t been much effort from phone companies and network carriers as regards providing a reliable and awesome method to stop robocalls: phone companies have not done much to provide good in robocall blocking solutions to customers:

So what’s the quality fix for this issue?

There are certain apps that have been able to make giant strides in advanced call blocking. With these, blocking robocalls is quite possible for your convenience, we’ll be showing you a few of them.

USPhonebook is a tool that helps you identify the person who owns a phone number within the US. The tool utilizes a free online-based directory with millions of users. You can search for caller information by conducting a quick search either by name, address or phone number

TrueCaller has a Caller-ID service that tries its best to match a caller’s name in their database or US phonebook with their phone number. Users of this app can add spammy numbers to the community-built database, and you can share contact information with others as well as look up numbers for yourself.

Mr. Number allows you to assemble number lists to block calls and messages. With it, you can also decide to pick up, hang up, or send a voice mail.

With RoboKKiller, you can actually take the fight to robocallers directly. Apart from their premium spam protection, real-time caller ID, and blacklist functionality, RoboKiller also lets you use Answer Bots, funny pre-recordings, and you can even keep spam callers on the phone for long time periods.

What’s Next for Microsoft Office?