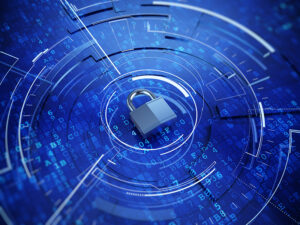 We are virtually in a massive cyber war. The latest big problem was a Ransomware attack that wasn’t particularly well conceived which was connected to an NSA breach, allegedly connected to North Korea, netted less than $100K in revenue to the attackers but did billions of dollars in damage. This Wannacry, the name of the Ransomware, attack pales against another attack that has been picked up by Varonis called EternalRocks which is potentially far deadlier given it is designed to remotely control the systems it has compromised. So far it hasn’t been activated but the level of penetration and the kind of damage it could do makes Wannacry look like a walk in the park. Estimates now peg the potential total damage from attacks like this as approaching $6T by the end of the decade, yes Trillion, annually or about 1/3rd of the US GDP (Gross Domestic Product).

No one company, no matter how big, can take this on and it may be time for all of the technology firms to come together and collectively build defenses before this massive escalation in threats wipes out much of the IT market.

Apparently, Cisco and IBM got the memo and are working together to address this massive threat and are setting a good example by doing so. Let me explain.

When we are talking potential threats like EternalRocks which could, over a period of minutes, knock out a huge number of companies, utilities, government services, hospitals, communication companies, transportation companies, and gas stations the potential damage for a cyber-attack reaches potentially existential levels. When it gets this bad it doesn’t matter if you or your company is secure enough because most everything around you are shut down meaning you are effectively out of business and limited to the food, water, and gas on hand for survival.

Cisco + IBM And Setting An Example

While Cisco and IBM are more often thought of competitors and both are considered very comprehensive in term of technology both firms have clear differentiating strengths. Right now, Cisco is pretty much the king of the network or the systems that, if compromised, distribute and enable most malware is not properly secured. IBM is stronger by far in analytics, deep learning, and particularly artificial intelligence with their AI platform Watson or the systems that would be most effective at rapidly identifying, analyzing, and automatically responding to a threat. In short if IBM has the anti-malware silver response bullet, Cisco effectively has the custom gun that could most effectively use it.

So, it is very powerful that Cisco’s Talos and IBM’s X-Force teams are collaborating because, together, they can come up with a defensive solution that is far more powerful than they could hope to come up with separately. This solution can combine IBM’s Cognitive Security Operations platform, Qradar security analytics platform, Resilient Incident Response Platform, and Security App Exchange with Cisco’s Next-Generation Firewall, Next-Generation Intrusion Protection System, Advanced Malware Protection, and Threat Grid to create a very power multi-level comprehensive weapon, that when wrapped with Cisco and IBM services, can be very effective against the next massive malware attack.

Wrapping Up: It’s Not The Products It’s The Partnership

However, the power of this partnership isn’t really in the products alone, in fact given how fast the threat landscape is changing no collection of security products will be adequate for long. It is in the power of the partnership and the fact that two huge powerful companies are putting aside their differences to address the common threat. I think this is a start of something interesting and that more and more companies combining to address this coming massive cyber-threat may be the only true way to survive this rapidly escalating Cyber-War.

What to Do If You Drop Your iPhone in the Water

How to Understand the Growing Impact of the Hispanic Marketplace