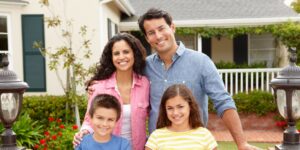 Since the early-2000s when cell phones evolved from mobile dialing devices to “smart” phones for checking email, playing games, work and watching entertainment, it became very clear through research that the Hispanic population in the U.S. was a demographic consisting of eager and early adopters. While the research clearly showed Latin Americans taking to the newest gadgets – not all entertainment and telecom companies were spending the money to truly market to this important demographic. Or if they did, they took a “one-size-fits-all” approach and did not take cultural and generational differences into account.

Recent research from Pew shows that Latin American numbers lag behind other cultural groups in terms of having broadband in the home. This kind of research could easily explain some of lack of eagerness of companies to market to Latinos as a separate group. That said, scratching below the surface, additional study unearthed that more Hispanics were using their mobile and smart phones for all of their computing and movie watching needs. The research also found that younger Hispanics were in fact big adopters of broadband as well as smart phones.

“This research brought to light that there were vast differences in technology and media adoption based on both generational, education and income factors,” explains Todd William, founder of Reputation Rhino, an online marketing company in New York City. By treating Hispanics as one big group, the information is skewed and doesn’t tell the whole story. When other demographic features are included, the story differs vastly. And this is the case with any cultural group.

By the late 2000s – nearly ten years later, recent research and reports from the AHAA organization – the only national trade organization representing the entire Hispanic marketing, communications and media industry – shows that large companies in tech-telecom entertainment world are finally starting to recognize the value and the differences within the broad and growing US Hispanic population. While there is still a lot of work to be done – but the AHAA saw that the “Tech‐Telecom‐Entertainment companies show that Hispanic Allocation accounts for 30% of increase in revenue growth.” This realization just may mean a sea change for the way media and technology companies are marketing to Hispanics – and looking at the population through a more strategic lens. AHAA cites in their reports, “We’re living in an era of tremendous demographic change and leading companies view Hispanics as an important segment to drive corporate growth.”

The AHAA also wrote that given the large numbers of Hispanics in the US, and the fact that the Hispanic population is growing faster than any other cultural group, there is an “Ongoing need to understand Hispanic consumers cross-culturally. Culture continues to matter – but which one? For which Hispanic consumer? And for which categories?”

Retailers are responding to these demographic trends in a variety of ways. “We are increasingly sensitive to diversity in our marketing and the growing buying power of the Hispanic consumer will continue to play a role in our brand strategy,” explains Sujoy Bhattacharya, Founder and CEO of Falls River Soap Company in Chagrin Falls, Ohio, “for example, we include multicultural families on our advertising and marketing materials and are working on Spanish-language marketing collateral to tell the story of our products.”

A recent article in the Latino Post sums up the importance of looking at the Hispanic market with additional filters in regards to age, cultural heritage and more: “With rising numbers and tech savvy, Latino youth are the future of mobile, which is where the technology industry, in general, has the most growth potential. That’s according to an extensive review of studies by…CEO of the Center for Hispanic Leadership, Glenn Llopis, who listed off the reasons why marketers need to get their act together and do more than Spanish language advertising in order to reach a Latino audience.”

Here are some interesting facts about the generational differences in the Hispanic marketplace: