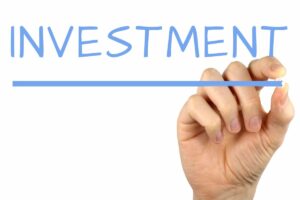 As a new or novice investor, your choice of financial markets and asset classes is likely to be relatively restricted. More specifically, you’ll be most likely to target equities and the forex market, as these are well-known and widely studied entities that help traders to minimise their initial risk.

In a rapidly changing global economy, however, it may be beneficial for traders to broaden their horizons. The metal market enjoyed stellar growth of 24% across the board last year, for example, with further gains expected over the course of the next 12 months and beyond.

At the heart of this is the rise of battery metals, which have experienced huge demand in growth in recent times. In this post, we appraise this further while asking why you should consider investing in battery metals in 2018.

Why Battery Metals Represent Such Value for Investors at Present

If you consider popular battery metals such as cobalt and lithium, you’ll see that these commodities enjoyed tremendous growth during 2017. In fact, the core price of lithium carbonate rose by a staggering 36% during the last 12 months, while the value of cobalt has doubled and lured investors to the markets in their droves.

One of the most appealing aspects of these metals is that they’re key ingredients in the manufacturing of electric cars and motorbikes. These vehicles have benefited from sustained and exponential demand in recent times, while the last 18 months have seen a number of governments pledge to ban the sale and distribution of petrol and diesel vehicles over the course of the next 20 years or so.

In the case of electric cars, last summer saw global sales accelerate beyond the two million mark, as customers started to embrace this technology in order to get ahead of the inevitable curve. The news that the government are preparing to scrap all petrol and diesel vehicles by the year 2040 has also sent the demand for electric cars and motorbikes soaring, with manufacturers also being forced to escalate their plans to focus on hybrid and battery powered models.

As a result of these developments, the demand for prominent battery metals has accelerated at a far quicker rate than the global supply. This has triggered an incremental increase in price and value, making these materials a viable target for savvy investors who are always looking to capitalise on seminal market trends.

The Last Word – How will the Market Evolve in the Near-term?

Ultimately, the widespread demand for battery metals is unlikely to abate anytime soon, and in fact we’re likely to this increase as more vehicle manufacturers start to prioritise the production of electric cars and bikes.

However, the next 24 months may see the market experience a sustained increase in supply, which could cause prices to fall slightly in the near-term. The South American country Chile could well be poised to increase its lithium output considerably in 2018, for example, so long as it can iron out a dispute between miners and the new President Sebastián Piñera.

This should not completely offset the likely increase in demand, however, so battery metals will remain a viable asset class for the foreseeable future. In fact, the slight fall in prices could enable investors to enter the market at a reduced rate, helping them to optimise their gains in the longer-term.

4 Ways Artificial Intelligence Is Used In Marketing and advertising