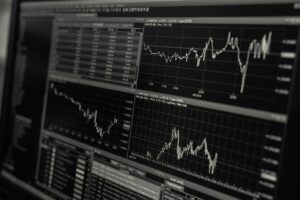 There is no market as well-trodden as the foreign exchange market, or Forex for short. Whether it is a large investment firm switching huge amounts of money from one place to the next, or an individual in a foreign country exchanging money, the Forex market gets all kinds of action from all corners of the globe. Many people understand the idea that some currencies are more valuable than others, even if they are not hard-core Forex investors. But investors realize that one of the most important parts of any foreign exchange trade is knowing about the interest rates of the countries involved.

Interest rates often determine whether or not a foreign exchange trade is profitable or not, often even more so than the actual values of the currencies in question fluctuating up and down. If you’d like to invest in the foreign exchange market but are at a loss at how to do so, you can receive the help from a trading program like Fintech Limited to help get you over the hump. If, on the other hand, you think you’re ready to trade currencies yourself, you need to understand how interest rates play such a major part of the situation.

Countries set their interest rates based on the financial robustness, or lack thereof, of their economy at any given time. Countries that raise their interest rates do so because the economy is doing well and they want the rates to stay ahead of inflation. On the other hand, countries that are struggling have to be concerned about their people struggling, so they lower rates so it is easier for people to borrow. Rates tend to fluctuate, in some countries more drastically than in others.

Many investors who trade in the Forex market are attempting to take advantage of the difference in interest rates. Buying a currency and holding means that you will receive interest based on those rates while selling another currency as part of a swap means you must pay interest. Ideally, the currency you buy will raise the rates after your purchase, and the one that you sell will lower them. If the reverse happens, you could be in for a bit of a hit.

For these reasons, it is crucial that investors follow closely any sort of economic information that comes out of the underlying countries. That could mean the reports that are sent out on the regular about different things like gross national product, employment, and other economic signifiers. It could also mean that you know if there is a change of leadership in a country where the new powers that be might take a different stand on interest rates than their predecessors. All of these factors can certainly come into play.

Investing in the foreign exchange market requires study and diligence. If you can gauge the interest rates, your trades have a good chance to always be in the black.

How Teens Can Enjoy a Cultural Experience at Summer Camps