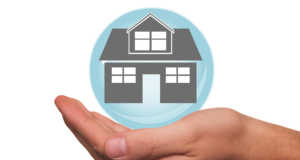 Back in 1954, the Federal Housing Administration (FHA) adopted the 30 year-fixed mortgage and it has been the gold standard ever since. Even over 60 years later, it remains a popular option due to its affordability. When you make 360 mortgage repayments, the monthly total is clearly less than when you choose a 10, 15, or 20-year mortgage.

Then there is the small matter of predictability. As it is fixed-rate, you know the amount will never change so budgeting is easy. However, is spreading your repayments over such a long time ever a good idea? Most experts say “No.”

What Are You Sacrificing with a Lower Monthly Repayment?

While borrowers pay an average of $500 a month less on repayments, is it damaging their financial future in the long term? Let’s use an example to paint a clearer picture using a $250,000 mortgage with an interest rate of 3.5 percent.

Overall, you pay $664 a month less on the 30-year mortgage but $80,680 more in total. It’s a huge sum of money on its own but imagine if you decided to choose the 15-year mortgage and invested the savings. At an interest rate of 5.25 percent, your initial investment is worth over $374,000 in 30 years (assuming you deposit that amount into a long-term savings account).

If you decide to take the long-term mortgage, please consider investing the monthly savings instead of wasting it on short-term purchases. By using the same savings rate as above, investing $664 a month will yield almost $590,000 in 30 years because you invested almost $240,000 in that period. Incidentally, the figures above are taken after the down payment.

If you’re unable to invest the savings from a 30-year mortgage, perhaps you’ve fallen into the age-old trap of purchasing too much house.

The too much house phenomenon was very much in evidence before the Global Financial Crisis as borrowers took out huge mortgages at attractive rates. When the housing bubble burst, they were left with properties worth far less than market value. Worse still, a significant number of Americans were left underwater with their mortgages.

In an ideal world, you’ll be able to afford 20 percent of the value of the home as a down payment to avoid PMI. Also, repayments should be no more than 25 percent of your net income, although some experts believe you can stretch as far as 30 percent. Nonetheless, if you’re looking for a home and can’t afford the above, look for a less expensive property.

To understand the advantages of a shorter term mortgage, it’s best not to try and get your dream home first time out. A better strategy is to purchase a less expensive home, build equity, and trade up when you can afford it. With a 15-year mortgage, you pay significantly less interest ($80,680) in our example above. This means you pay off more of the principal, which counts towards your equity.

With a 30-year mortgage, you have lower repayments but also pay off far less equity. As a result, it will take several more years to put yourself in a position where a trade up is possible. If you’re in a much better financial situation 10+ years down the line, you can use the equity in your first home to finally get the property of your dreams.

The purpose of a fixed-rate mortgage is to protect yourself against rising rates, but if you purchased a home just before the economic crisis, you were probably left in a financial mess just a few years later. If you purchased a home with a 30-year fixed mortgage under Freddie Mac in July 2007, you would have received an interest rate of 6.7 percent.

Homeowners in August 2012 would have received a rate of just 3.5 percent. The unfortunate purchasers in 2007 are paying hundreds of dollars more per month than those who bought a house five years later. Moreover, they are stuck in the mortgage until 2037.

4 Reasons You Should Avoid a 30-Year Fixed Rate Mortgage

1. You Realistically Need A Down Payment of 20 Percent

If you want to purchase a $250,000 home with a 20 percent down payment, you need $50,000. If you don’t have it, you won’t receive a particularly good rate. Plus, you must pay Private Mortgage Insurance, which can add hundreds of dollars a month to your repayments. Suddenly, the savings offered by the longer-term mortgage aren’t as attractive anymore.

If you can only afford 10 percent of the purchase price, an adjustable rate mortgage might be a better option because lenders usually allow you to avoid PMI with that level of down payment.

2. Retirement Is on the Horizon

This reason only applies to anyone in their forties or above, although thirty somethings should think twice. One of the best things you can do for your financial future is to ensure you are debt free by the time you retire. The last thing you need is to be worrying about bills when you’re supposed to enjoy your Golden Years.

There is no point taking the only benefit of a 30-year fixed rate mortgage (lower payments) if you’re planning to move out in a few years. In most cases, you’re unlikely to even recoup your investment five years after the purchase.

4. It Kills Your Equity

As we mentioned above, you need a shorter-term mortgage if you wish to build equity. Not only do you receive lower interest rates, you can invest your savings (against the interest paid on a longer term) and earn more equity as you pay off more of the principal straight away.

Although the 30-year fixed rate mortgage remains a popular option for would-be homeowners, it is laden with flaws. Savvy purchasers are better off lowering their initial property expectations, choosing a less expensive home, and repaying the loan faster. You are less likely to go underwater on your mortgage and will save a fortune in the long term.

7 Tips to Save Energy on Air Conditioning