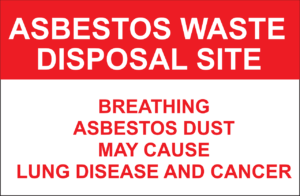 Mesothelioma lawsuits are complex because exposure may have been 10 years earlier, or it may have been 40 years ago while working for an insulation company. As decades pass, businesses close, owners die and evidence is much harder to collect.

It’s not easy to dig up evidence from decades earlier.

The chances of recovering damages is high, and spouses of the decreased can also file claims.

Those at-fault for exposure can include:

Even when a business has long been closed or underwent bankruptcy, there may still be options to help cover medical bills and ensure a person’s family is financially taken care of after the victim dies.

Statute of limitations are such that the person is allowed one to five years to file a lawsuit after a diagnosis is given. This period will vary from state-to-state, so, it’s imperative to research the limitations of the state you’re residing in.

Now, a person may not have known that they had mesothelioma, so there’s a chance that they may die during trial.

“The case is filed on behalf of you and your family. The case continues as long as there are heirs to the estate. In cases where the client’s disease is progressing rapidly, we often videotape that client to preserve any necessary testimony,” explains Vogelzang Law .

So, even if a person is going to die during trial, it’s possible for the case to go on and family members to receive a settlement.

If the victim has already died, their spouse will have one to three years from the time of death to file a wrongful death lawsuit.

Once you understand the statute of limitations, you’ll be able to progress with the lawsuit.

Start-to-Finish: What to Expect

Defendants will do their best to not pay. There will be a lengthy trial, but most of the cases will be settled before going to trial. Companies and parties responsible know that they have little chance of winning in front of a judge.

The most important factors will be handled and collected by the judge.

Lawyers that run an efficient operation will be able to settle a case in two years, but expect the case to go on a little longer. The courts know that mesothelioma victims have a limited time left, so the courts will do their best to fast-track the lawsuit.

Mesothelioma doesn’t have a cure, and while researchers are seeking ways to combat the illness, little progress has been made to extend the lives of victims.

Plaintiffs that are very ill may have themselves recorded to provide testimony in front of the courts if they die.

When a victims’ trust fund has been established and is in place, victims may receive a settlement much faster. It’s possible that a case will be complete within less than a year if a victims’ fund exists.

Settlements vary. Some will be awarded millions, while others will receive much less. Funds may have become depleted, so the remaining amount in the fund may result in a much smaller settlement.

If a fund has $1 million in it, the court will ration the remainder of the funds – you will not receive the entire remaining funds.

The courts will also look at:

All of this will factor into how much the award will amount to in the case. Cases that make it to trial will often result in a larger settlement. When a settlement is made outside of the court, it is because the defendant knows that they risk losing more at trial. It’s easy to pay out $100,000 in a settlement when the defendant knows that the victim may receive millions in the courtroom.

Lawyer fees are always on a contingency basis, and this means that there are no upfront fees required for retaining the lawyer.

The exact amount the lawyer will receive varies greatly, but the normal fee will be 25% to 40% of the settlement.