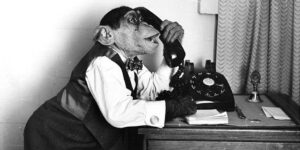 Defining a modern chatbot depends on the ability it has. According to SnatchBot, a market leader in this space, it is a computer program that is capable of talking to users through a variety of messaging apps – and even by voice.

Chatbots are nothing new – but the way in which they can now leverage artificial intelligence, surely is. You can think of it like cars: they are not new either, but self-driving cars, which are enabled by recent technology, changes the game altogether. So is it also with chatbots. As Avi Ben Ezra, the CTO and founder of SnatchBot explained: “The revolution in chatbots really stem from two developments: Firstly we have highly capable messaging services that can do many other things including bookings payments all from within the same app. These include WeChat, Whatsapp and so forth. Secondly, machine learning that stems from artificial intelligence, enables much better decision making – and therefore the ability to provide more accurate and relevant responses”.

Right now we’re at a critical junction where intelligent chatbots are reaching parity with human ability – and in many cases, even improve on what humans typically do. This really matters because significant savings can be incurred, in addition to other valuable metric improvements.

The case for chatbots:

If you leverage a smart chatbot that can deliver an omni-channel experience, there is a lot to gain from it’s deployment. Three critical facts make a strong case for chatbot deployment: Firstly there are 4.1Billion users on messaging apps. Secondly, 75% of users who prefer using a messaging app over a call or email and most of all. Thirdly, messaging apps overtook the use of social media – which may explain why Facebook acquired Whatsapp and Messenger.

When we zoom in on specific metrics it becomes interesting. Customer satisfaction rates can increase due to instant responses, as opposed to delayed responses. When AI is leveraged, most chatbots will outperform staff that are new – and we know that call centres can have a high turnover. The 24/7 ability to provide responses via apps that can also process a payment or take a booking – is certain to increase conversion rates and profitability, as well as market share in competitive spaces.

Embracing change and staying ahead of the curve:

Despite the fact that more than 80% of businesses will deploy chatbots over the next 5 years, we have to develop the right mindset. As humans, we often resist change or think about it selfishly. But what if we could re-train ourselves to work in other areas we enjoy more – and let AI help us with some of the more dreaded tasks? What could we be doing with all of the money that we save as a result of chatbot deployment?

Chatbots will have the ability to save around $174Billion across key industry sectors globally if we reduce the need for manual labour – and retrain people do take care of other valuable tasks. By 2022, banks can automate 90% of all messaging. Banks are expected to save at least $0.50 per transaction when deploying chatbots. This is substantial and very encouraging if we consider the scale of the global banking sector.

Making it easier than ever before:

Ahead of major adoption patterns there are always key enablers. The fact that now you can deploy a chatbot with almost no technical skills truly enabled a faster adoption rate. What if you could buy a pre-defined chatbot from a bot store instead of having to hire a specialist to build a bot from scratch? SnatchBot was the first company to roll out a unique marketplace aimed at levelling the playing field – and there are many other followers in the industry who are starting to succeed at this.

With such a high adoption rate predicted, can any business really afford not to conform to what the market demands? The ability to answer customers in real-time at the channel of their choice is fast becoming standard practice. The key question is this: Can you implement this in a cost-effective way that is fun and easy for your communications team to follow? The answer is yes.

The fundamentals of Understanding Usenet