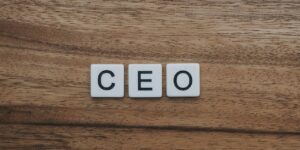 The current corporate landscape is filled with stories of Western CEOs who have reached great heights, but the rest of the world is quickly catching up. China, for instance, already hosts more than a quarter of the world’s unicorn startups, and its corporations—including global brands like Tencent and Alibaba—are major competitors in the global economy.

China has become an incubator for innovation in recent years as the government attempts to build the country’s economy for the future, and yet many of the brightest Chinese minds remain largely unknown outside of China and their specific sectors. Nevertheless, with Chinese tech companies becoming global names amid ongoing modernization, that reality is likely to evolve over the near future.

As new industries emerge and Chinese businesses rush to take the first spot, an incoming wave of CEOs will lead the charge for the Asian giant. These are five CEOs of Chinese companies to look out for in the coming years.

The first name on the list is a young powerhouse in the making, with one of the world’s largest cryptocurrency exchanges on his resume. Although CZ, as he is widely known, is already a major name in the crypto and blockchain sectors, he’s still working on becoming a mainstay in the broader tech sector. Still, his accomplishments speak for themselves.

CZ has extensive experience in finance, having worked as a developer at both the Tokyo Stock Exchange and Bloomberg Tradebook. His first crypto experience was as the CTO of OKCoin, another popular crypto exchange. He founded Binance in 2017, and it quickly became a central trading hub for over 100 unique cryptocurrencies. Today, CZ is a major name in crypto, having placed third in Forbes’ Richest People in Crypto list in 2018 with a $1.1 to $2.0 billion net worth.

Binance is also humming under his tutelage. The exchange hosts roughly 120 coins and has over 5,000 applications for listings on the docket. Moreover, Binance already commands a major presence in the US, with the exchange estimating that nearly 38% of its users are based in the US. With growing influence in the mainstream conversation and a wildly popular product, CZ is set to become a mainstay in the US.

Already a major name in China, where he ranked 45th on Forbes’ China Rich List for 2018, Zhou Hongyi is building a reputation as a shrewd businessman in the US. Zhou came to prominence as the CEO and co-founder of Beijing-based cyber security provider Qihoo 360, which counts roughly 512 million active users in China alone.

The Qihoo CEO and chairman already has a reputation in China as a results-driven executive. He’s been known to use aggressive shock tactics to get his way, though many describe him as sophisticated and even infectious.

Zhou’s name first came up in US headlines when Qihoo 360 launched a US IPO for $176 million in 2011. The company’s time on US exchanges was somewhat controversial, adding to his reputation after he led a take-private bid for $9.3 billion and delisted from US stock exchanges. After reemerging in the Shanghai exchange with an eye-popping valuation of $62 billion, Zhou also came into the spotlight for a messy litigation with jilted US shareholders, who claimed they did not get fair value in the take private deal. Yet, with mediation and negotiation apparently on the horizon, Zhou is poised to lead Qihoo to further heights in China.

With a valuation of $3.65 billion and $1.34 billion in total funds raised, He Xiaopeng’s XPeng Motors is leading the way for electric cars in China. The company recently produced its first 10,000 electric cars in just 188 days since it officially launched in December 2018. He has become a major name in the electric vehicle industry, and has openly talked about his admiration for, and inspiration from, Elon Musk and Tesla.

Recently, He was attached to controversy after Tesla and Apple filed separate lawsuits against XPeng for alleged IP theft. He has denied any charges, highlighting his vocal and outspoken disdain for intellectual property theft, but the cases are ongoing. Nevertheless, He has attracted some major names to invest in XPeng, including Alibaba Group and Lightspeed China Partners. If his XPeng factory can deliver products more reliably than Musk’s Tesla can, He might quickly rise up the China Rich List through 2019 and beyond.

As the leader of one of the fastest rising Chinese tech unicorns in logistics, Wang Gang is poised to become a household name worldwide. As the result of a merger by two of China’s largest trucking corporations, Manbang has become a central player in logistics. The truck-hailing service (which has been described as “Uber for trucks”) has signed agreements with 80% of China’s logistics firms, and 70% of trucks running on major roads.

Wang has also led the way for Manbang to score impressive fundraising feats, including a $1.9 initial round that was led by SoftBank Vision Fund and China Reform Fund. This is also not Wang’s initial dalliance with ride-hailing. The CEO was also an angel investor in China’s Didi Chuxing, which has become a force to be reckoned with in the field as well.

Tang Yan is not without controversy himself, with a 2014 accusation of information and technology theft related to his time at NetEase. However, Tang has since distanced himself from the charges, leading Momo to become a major player in China’s difficult instant messaging market. Tang also made waves when Momo purchased Tantan, the country’s largest dating app for $600 million in cash and stock. He’s still a relative newcomer to the tech upper stratosphere, but he ranked 159th on Forbes’ China Rich List in 2018. He’s also leading the way for expansion into the broader Eastern market, where Tantan is already highly popular. Even so, Tang has pushed Momo from its origins as a location-based dating app into broader social media with positive results thus far.

Reasons Why You Should Use A CMS To Run Your Site