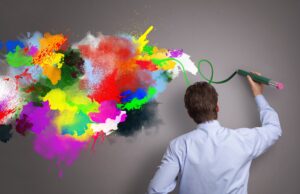 Dell Technologies fascinate me largely because it is a very large merger that was not a near total disaster, in fact it was surprisingly well done largely because the two firms threw out the rule book. What fascinates me most is that that rather than being emulated by other firms, those firms seemed to look at Dell’s success, ignore it, and then went back to the flawed way of doing things.

One thing I have been anticipating is a blending of strategic thinking between the firms. Dell seemed more creative and agile than EMC, but EMC seemed to be able to think out of the box, particularly when it came to customer care and organizational structure, better than Dell.

But the idea that was floated in January that Dell Technologies would be acquired by VMware as a path to taking the joint firms public again reflects on the strengths of both firms. Whether it happens or not I think this is a very interesting development and one I also expect Dell’s competitors to ignore much like firms have ignored how Steve Jobs made Apple the most valuable company in the world.

Let us talk about the VMware Gambit this week.

Dell’s strength has come from a founder who was willing to both take risks and willing to admit he was wrong and correct a mistake. On the latter, when Michael Dell first stepped down from his CEO role, things did not go well which brought him back and he fixed his company eventually making it far larger and more powerful than it had ever been. Dell is one of those unusual executives that does not seem to hide from mistakes and instead learns from them.

For instance, being made aware that Dell’s acquisition process sucked, he prioritized creating a process that currently leads the industry and was instrumental in helping Dell execute the EMC merger. Being unafraid of risks, Dell has repeatedly showcased an ability to take big gambles and execute. Granted like most firms Dell has blind spots most notably with Smartphones and Robotics which will eventually come back to bite it, overall it still is one of the best run companies in the segment.

EMC, under Joe Tucci, was also aggressive at moving on opportunities but where they stood out was in customer care and creative organizational structures. They were one of the first to realize that the power of Big Data and AI was best applied toward customer care. As a result, they implemented one of the most aggressive customer instrumentation programs in the world and that allowed them to have unprecedented customer retention and loyalty.

The first sign that these companies could merge personalities was in the Dell/EMC merger itself. What it allowed EMC to do was go private with far less drama than Dell underwent months earlier. Fast, minimal risk, and low aggravation for what will remain one of the largest mergers ever attempted. Coupled with the amazing success of the result both firms threw out the typical tentative planning that plagues these efforts and put in place strong integration teams before the merger had even completed approval. The result was one of the few successes at this scale and a merger that was impressive both for its size and speed of execution.

This leads us to the VMware Gambit which, assuming the leak is correct, would have VMware buying Dell Technologies to take it public again. The reasons behind going public again are liquidity for both the major investors and employees who often use stuck options and shares in their firm to fund retirement and supplement salaries. The lack of this has been problematic both to keep the large investors happy and in capturing and keeping top talent.

It is incredibly creative in that it would avoid much of the hassle and problems associated with an IPO (black out periods, approvals, disclosures) and get to the benefit of a once again public company impressively quickly.

This reflects again the combination of Dell’s willingness to take risks and EMC’s unique ability to use different corporate structures to advantage. In a way it would also be another impressive gift from Joe Tucci to Michael Dell (and I would not be surprised if Tucci had pitched this idea to Dell).

Wrapping Up: Creativity Has Many Forms

Other than the obvious conclusion that Dell Technologies is a showcase on how to truly merge to large companies gaining the benefits from both this also highlights a level of creativity we rarely see. It is a creativity in organizational structure something we just do not focus on enough and an ability to take a best practice, tweak it, and make it into something very different. The VMware Gambit is simply a different spin on what created Dell Technologies in the first place and it is fascinating both in concept and because no other firms are currently executing at this level. Why that is fascinating, and a tad disappointing, is that while Dell is learning from its own success, Dell’s peers are not learning from Dell.

That last is something that really should get fixed.

The Best Method of Preparing an Innovation Management Platform

What are the Different Kinds of Dresses?