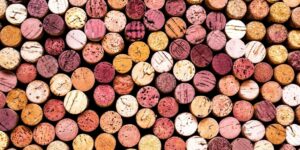 The world of wine is one which has long been shrouded in a certain sense of mystery, of insider expertise, and of unknowable depths. However, recent years have seen a number of high profile cases and claims of widespread forgery, with several experts shockingly estimating that in wine auctions alone, the number of forged and counterfeit wines on the market may be as high as 20%.

Not only is the purchase of a counterfeit wine potentially devastating for the buyer – who no doubt would have bought the item in good will, and with no reason to question its authenticity – the knock-on effect this worrying trend has wrought on reputable auction houses and wine merchants has been doubly damaging. To be accused of auctioning fake bottles of premium-priced wines is a claim which many auction houses struggle to recover from, and the damage it can cause to their reputation (not to mention the lawsuits and fines which would ensue) may be potentially impossible to shift.

In light of many such cases, auctioneers have had to double down their efforts to ensure the bottles they are selling are the genuine article. It’s not always the simplest of tasks, yet it’s a necessity which has the potential to bring a business back from the brink of utter disrepute. Such was the case examined in this article – of Baghera Wines 2016 Master Cellar Auction; an event which led to an ultimately unfounded accusation of forgery, and one which were it not for the professionalism and methodical approach of all concerned, could have permanently blighted the image of the highly respected wine auction company.

Counterfeit Bottles: An Epidemic in the World of Fine Wine

To say that counterfeit wines were causing major issues in the world of wine auctioning would be something of a drastic understatement. With dedicated fraudsters infiltrating both the high and low ends of the market from China, it has been a blight on the industry which has caused wineries, auction houses and dealerships to radically rethink their authentication approaches.

While many of the more famous cases of wine forgery have involved the so-called ‘unicorns’ of the wine world (those almost mythical vintages and famed releases from the most famous wineries, which gather vast amounts of attention and speculation when they come up for auction), the problem is also affecting wine sales on even basic, everyday online auction sites, for far lower sums of money. These lower-end forgeries are fueling a growing sense of unease in the wine community as a whole and make up a significant part of what has become a billion-dollar black market in fake wine production and sales.

This sense of suspicion and caution among buyers and dealers is not an entirely bad thing, until unfounded or malicious rumours spring up regarding sales of genuine wine. With the burden of proof resting heavily on the auction house, even the merest misjudged whisper of fakery is potentially enough to do enormous damage to major wine sales events, as has been the case in recent years.

In 2016, Baghera Wines was rocked by allegations of forgery at one of their highest-profile auctions in Geneva. The sale involved several lots of Burgundy’s most famous and sought-after wines, Romanée Conti Domain, some of which were withdrawn from the multi-million dollar sale at the last minute. The remainder of the lots, which amounted to over 1,400 bottles valued at up to £16,000 each, went ahead uninterrupted.

Romanée Conti Domain wines certainly fit into the ‘unicorn’ category of eyebrow-raising wines to appear at auction, and the Master Cellar Auction wasn’t the first to be accused of forgery when this particular label is concerned. Indeed, in 2014, seven men were arrested in Europe for the counterfeiting of this very wine, after forty fake bottles were sold for almost three million dollars.

The Master Cellar Auction was billed as a one-of-a-kind event, and the lots called into question were listed as being part of two collections amassed by a single private collector. The counterfeit claims were made by a Burgundy expert and American lawyer, who launched into a lengthy attack on the bottles in the auction, which involved him stating that a number of the wines were either ‘outright counterfeit… or highly questionable’. His rationale involved raising questions regarding the embossing of the bottles, and the capsules used on the cork, forcing Baghera Wines to rush to protect their reputation and prove the veracity of the items.

The response from Baghera Wines was a speedy, measured, and sensible one: a fraction of the challenged lots was withdrawn from sale, in order to protect the event from further speculation, and the wines which the American Lawyer had claimed were forgeries were sent off for examination. However, Baghera Wines were keen to ensure that the bottles weren’t merely examined by other wine industry experts; they were checked and verified by the house team of Romaneé Conti Domain themselves: “Exceptionally, considering the eminence of the collection and with a view to guarantee our clients’ full peace of mind, the Domaine de la Romanée-Conti examined every single bottle sold on Sunday 22nd of May. This unprecedented action emanating from the Domaine de la Romanée-Conti as concerns bottles offered at auction, corroborated and endorsed Baghera Wines’ initial expertise and methodological approach.”

While many wine companies would have been severely damaged by such false accusations, the events surrounding the 2016 Master Cellar Auction merely drove Baghera Wines to strengthen their reputation and take further steps to prove their worthiness.

A major part of this process was to strengthen their ties to the major wine châteaux and domaines which produce the bottles Baghera Wines would be putting up for auction. By working closely with the producers themselves, Baghera Wines were able to quickly clear their name of any doubt and develop lasting relationships with the sources of their bottles – thus ensuring such occurrences could not arise again. In today’s wine industry – where forgeries continue to rise and wreak devastation on even the most well-meaning of brands – such actions are of ever-greater importance, and Baghera Wines is proud to be blazing new trails in this regard.

In their continuing commitment to bringing the finest European wines to auction, Baghera Wines is announcing their forthcoming event: Henri Jayer: The Heritage – the ultimate bottles from the personal reserve of Domaine Henri Jayer, an auction of the perfect provenance on June 17, 2018. This auction involves the Domaine’s private cellar of the esteemed winegrower, whose wines have frequently broke auction records over the past few years.

The World of Wine Auctions Today: Risk and Reassurance

There’s little doubt that today’s international auction houses face a higher level of risk than ever before in regards to upholding their reputation. If the rates of forged wines flooding the market are to be believed, then auction houses have a duty to collectors to consistently go the extra mile in verifying their lots and ensuring the authenticity of every single bottle. Contrary to popular belief, the risk of purchasing counterfeit bottles might actually be considerably higher in historical auction houses, one of the reasons for that being the important staff turnover – often inexperienced and underpaid – in specialized departments.

By verifying the provenance of the bottles on sale, auction houses will be able to flourish in an increasingly cautious climate and continue to stand proud as the champions of quality, genuine produce of real rarity and value. As the case of Baghera Wines’ 2016 auction has shown, so-called counterfeits experts can be totally wrong on their expertise, and potentially do real harm, even if they turn out to be unfounded. As such, it is the responsibility of auction houses and the fine wine community as a whole to allay all fears, and to build the networks and ties necessary to ensure the authentic always trumps the forgeries, and reputations remain gleamingly untarnished.

Author Bio – Meet Morakhiya is a content strategist, expert freelance writer, and online entrepreneur. He enjoys sharing information, inspiring people, and writing pretty much everything about technology that helps small businesses, build brand awareness, engage their target audience and generate more leads. He is an intern at AndroidHeadlines and a Benzinga contributor. For more info you can drop him an email.

7 Key Differences Between Vaping and Smoking