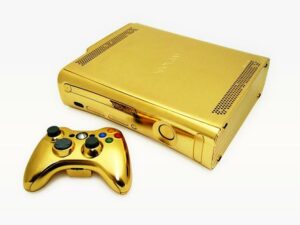 If you feel like you might be a bit late to the Bitcoin parade, you could be selling yourself, and your investment capital short. Evidence points to the fact that the saturation point for Bitcoin and other cryptocurrencies is still well in the future. And the distinct possibility still exists that Bitcoin could indeed become the dominant force in personal finance, in which case the room for growth is still relatively spacious. What you as an individual investor need to know is the best way to incorporate it into your portfolio. If you’ve already been investing for quite some time, you probably have a basket of assets to which you can point. How will Bitcoin mix in with those assets? That’s a question that you’ll need to ask yourself.

Bitcoin has already endured many high and low points in its brief existence, and there likely be more to come. As with any investment, there is risk involved, and it’s fair to say, due to the volatile nature of Bitcoin and the possibility that big institutions like banks and governments could still snuff it out, there is more than the normal risk associated with Bitcoin. That’s why many people turn to trade programs much like Bitcoin Trader to handle their exposure to this relatively new asset. If you are going to dip your toe into the Bitcoin pool, here are some things you should consider.

The price of a single Bitcoin is pretty hefty, but there is the opportunity for investors to buy fragments of coins to limit their initial exposure. And that might be the best way to begin your Bitcoin experience. You might find that the volatile nature of it is more than you can handle. You also don’t have to worry so much about a sudden price drop if you’re not to overextended with your exposure initially.

2. Sell off The Rise

What happens with a volatile asset like Bitcoin is that it often rises and falls with great suddenness. As an investor, you’ll want to minimize the losses and maximize the gains. The best way to do that is to reposition yourself once Bitcoin takes a big jump. Decide what percentage of your investment capital you want to be in Bitcoin. If it rises above that percentage, sell off the excess and buy other assets to rebalance your account.

Maybe you fancy yourself a day trader of sorts. Day trading with Bitcoin is not for the faint of heart, however, due to all the unpredictable price swings. You can eliminate all the worries about daily volatility by simply holding on to it for a long period of time, as you would more stable assets. Again, if you’re not too exposed, losses won’t hurt. Over the long haul, Bitcoin has the potential to be a huge investment winner.

Bitcoin might be a bit of an oddball when compared to traditional investment assets. But it can be incorporated right alongside the standbys with the right investment strategy.

Can your Crypto Be Saved After Sending to the Wrong Address?