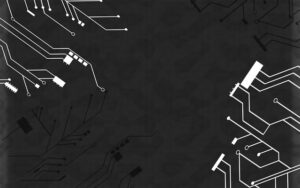 Terahertz technology has witnessed significant advancements over the past few decades. An emerging field, terahertz has the potential of improving applications such as passenger scanning at airports, huge digital data transfers, and many others. The frequency of terahertz radiation comes between bandwidths of microwaves and infrared radiation. Terahertz radiations are capable of penetrating easily into numerous materials, including biological tissue. These radiations carry very low energy, posing no risk to objects under investigation.

Owing to technological advancements, imaging systems can now can now access terahertz frequency bands. Several manufacturers are now focusing on development of new devices capable of transmitting and receiving radiations of terahertz frequency range. Terahertz technology is utilised in various field for various applications such as spectroscopy, communication and imaging systems. Increasing applications of terahertz technology across numerous industries for checking quality and monitoring process control is foreseen to drive the demand for terahertz systems and components in the upcoming years.

New devices are being designed based on terahertz technology. Terahertz radiations are capable of penetrating through various substances and objects, making it possible to discern their internal properties. These sensors developed enable detection of foreign bodies in food products, for e.g. sliced vegetables and meat. These foreign bodies may comprise of glass, plastic, insects, paper, or metals-including the corrosion resistant ones. In addition, these sensors may be utilised for identifying microorganisms, in real time, belonging to main, common pathogen strains, possibly present in perishable foodstuffs, and carrying out microorganism counts. The researchers have designed a device, miniaturised mixture of transmitter & receiver, undertaking radiation detection in the range of terahertz frequency. Spectral signature of substances and objects, according to authors of this research, is quite different between any two cases considered, which makes detection simpler and gives lower false alarms.

Effective wireless communications are expected to gain huge demand with increasing shifts of activities to tablets and smartphones. A new technology has been recently introduced by researchers from Japan’s National Institute of Information and Communications Technology. Panasonic Corporation focuses on achieving this technology in the near future, as it is capable of reaching speeds surpassing 100Gbps in single channel, where comparable speeds are offered to several fibre connections. In this research, a terahertz transmitter sends digital data utilising 300GHz spectrum band- higher frequency than the current 4G and Wi-Fi networks. These typically utilised bands in the range of 800MHz to 4GHz, albeit in-development services of 5G are foreseen to utilise 100GHz. The transmission technology that the Japanese have used claims of delivering 10X power of previous versions, potentially offering ultra-high speed links to the satellites. This technology is expected to be a boon for future of data transfer.

Basic Things You Need To Know About 1031 Exchanges

How to Choose the Right FBA Prep Service