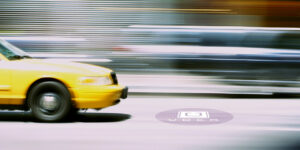 Ten years ago two entrepreneurs had a “what if?” idea that grew into a company whose name is synonymous with ride hailing.

In the winter of 2008, Travis Kalanick and Garrett Camp first discussed the idea of a ride sharing app, allegedly, when not finding a ride after attending a conference in Paris.

In March 2009, Camp started UberCab in San Francisco with Kalanick acting as chief incubator, as he himself put it. They were both tech millionaires at that time and UberCab was more like a convenient limo service than the cab hailing service Uber became to be.

Uber didn’t take long to flourish. They got their first customer on July 5, 2010 and in December, 2011, Uber launched internationally.  Although the company has gone through numerous ups and downs, its valuation constantly spiked over the years. In the span of a decade, Uber has achieved more than what a lot of ambitious ventures can only dream of.

Uber has penetrated markets in hundreds of small and big cities across the world and made itself a major rival of local taxi services around the world. Spreading its roots in New York City was one of Uber’s bigger achievements.

As far as funding is concerned, Uber has never been unfortunate. Uber hit the headlines when it closed an $11 million funding round in February 2011. The party didn’t stop there, Uber’s aggressive funding pattern and technology driven service delivery were the major drivers of its boom.

Although Uber never actually made money, investors were convinced a company that started as a humble ride-hailing service could disrupt, and dominate, the global taxi market.

Uber reached its zenith in May 2019 when it went public on the New York Stock Exchange. It made history by pricing its IPO at $45, keeping the initial market cap at $75.5 billion. But the value has been falling since.

Uber’s problems started as early as October 2010, when the Public Utilities Commission of California and the San Francisco Metro Transit Authority issued a cease and desist letter against the company, complaining that Uber was running an unlicensed taxi service. This led to the rebranding of the company to Uber from UberCab.

Uber’s history, from startup to IPO, was always like a rollercoaster ride. The perceived ups were either news of funding or news of, mostly unsuccessful, ventures like UberRush, entering the Chinese market or self-driving cars.

The company founders, and investors, might have had grand visions of disrupting the global taxi market but I suppose they didn’t reckon with local laws and persistent competition. There is hardly a major city in the world where there hasn’t been some kind of legal action against Uber. And there is hardly a place where Uber is dominating the market, except for a handful of cities.

To add insult to injury the company’s leaders were dominating the headlines with controversy and scandals. The list of Uber’s PR disasters is long, it eventually resulted in the board ousting Kalanick and replacing him with Dara Khosrowshahi in the hope to make Uber profitable. This turned out to be easier said than done, since its IPO the company’s stocks are falling and its business model is not capable of delivering what investors hoped for.

What this means for ride hailing start-ups

This means opportunity! This is the time when you can capitalize on the groundwork Uber did to popularize ride hailing apps, and take advantage of its declining popularity. As a local startup you can learn from the mistakes Uber made and customize your service to accommodate to local laws, needs and even culture.

To compete with a business that still has a stronghold in the market, you will need a well-researched business plan and of course the right software. Uber, Lyft and all the other competing services are just apps that make getting a ride easier. Most of the features are served with third party APIs, like maps and payment portals.

Luckily a lot of developers offer ready to use solutions. If you look at this Uber like app, for example, although it is called a taxi dispatch app you can see that it offers nearly all of the features Uber has, out of the box. Software solutions have the advantage of sparing time and unpredictable development costs, giving a start-up a fair chance to compete in local markets.

Uber is an inspiring business story despite all its ups and downs. But there is nothing in it that can stop you from inspiring the world with your own story. All you need is patience and the right business approach!

AppsFlyer vs Kochava: Choosing a Platform for Mobile App Measurement and Attribution

How Artificial Intelligence Will Run Your Schedule