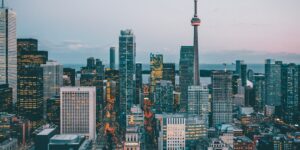 The global marketplace used to be almost completely inaccessible to anyone other than large companies. Globalization and the rapid advancement of digital technologies such as the internet and smartphones have changed all of that. Entrepreneurs searching for the best business opportunities don’t have to limit themselves to specific geographies anymore–at least not the way they used to. Some American entrepreneurs, for example, might prefer to start a business in Canada because of its various government incentive programs. Americans might also be motivated by political circumstances unfolding domestically. Perhaps it’s a combination of the two or separate factors entirely.

The key takeaway is that American entrepreneurs should know they have viable options. One obvious advantage of starting a business in Canada is the fact that English is the primary language spoken throughout most of the country. Quebec is one notable exception, although totally understandable given its history as a French province. The language familiarity also makes it easier to satisfy the bureaucratic and legal steps required to launch a business. And rest assured, those things are as important in Canada as they are in the US.

Fortunately, Susan Ward at The Balance Small Business already put together a fairly comprehensive guide explaining how to start a business in Canada as a non-Canadian. She describes the steps necessary for those who intend to immigrate or reside elsewhere. The first step is to register the business as an extra-provincial corporation, but those requirements can vary by province. That means the onus is on the entrepreneur to explore the unique provincial requirements beforehand. Operating across multiple Canadian provinces means satisfying the registration requirements for each one, separately. Susan concludes by declaring that entrepreneurs must either immigrate legally or partner with at least one Canadian. It’s really that straightforward.

Nash Riggins at Small Business Trends shared similar insights for American entrepreneurs. He walks his readers through the business registration process as well as immigration and visa obtainment. Once that’s been finalized, entrepreneurs must then seek licenses and permits from the municipal authorities responsible for the region or regions in which they plan to operate. Nash finishes his brief article with advice on financing a business venture. Entrepreneurs should be pleased to learn that the Canadian government offers a wide range of incentive programs to small businesses–including everything from employer wage subsidies to generous capital loans.

A lot of entrepreneurs struggle to figure out what product or service to launch. That can be especially true when it comes to launching a business abroad. One tried and true industry is hospitality. People not only need to eat, many of them relish the opportunity to do so. That’s why the allure of a flourishing restaurant is often so strong. The industry is highly competitive and extremely challenging, which also makes it a prime example.

Remember that the Canadian government doesn’t want its entrepreneurs to fail, especially when so many of them could be tapping into government incentive programs. They even developed and maintain an open resource that instructs people on how to start a restaurant or catering business. The authors took care to present countless regulations and relevant resources for entrepreneurs. Highlights include food safety and labeling, as well as liquor licenses and tips/gratuities. There are some answers they don’t include, however. For instance, restaurants and caterers usually rely on industry-specific suppliers such as Vega Direct for glassware, uniforms, bar supplies etc.

External suppliers and internal talent aside, when it comes to the hospitality industry, the age-old mantra “location, location, location” reigns supreme. Toronto, Ontario should probably be a prime target for entrepreneurs because of its population density. Global tourism and higher incomes could contribute to more growth. That’s the mindset espoused by Alyssa Danigelis at Inc while elaborating on the ten steps to starting a business in Toronto. Though she doesn’t limit herself to the hospitality industry, many of her pointers are easily transferable. Suffice it to say that Canada has a vested interest in the success of its entrepreneurs. So why not consider a business venture there?

5 Reasons Why Your Website is the Most Important Marketing Tool

The Link Between Opioid Abuse and Chronic Pain Conditions