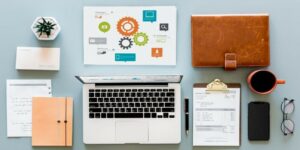 There are more tech startups than you can shake a stick at nowadays, or so it seems. With all the up-and-coming concerns and whitepapers floating around, it can get to be pretty difficult, if not virtually impossible, to figure out which ones among the crowd are worth taking a second look at. We know from past experience that there are startups that can go from relatively low-key beginnings to dominate their industries, or even create entirely new niches of their own.

Keeping this in mind, we figure it might be a useful exercise in speculation to share our selection of some of the startups out there that truly look set to change the world around us in their own special ways. Let’s do it.

Forbes thought of them as what we would get should we have merged Oculus Rift with Google Glass, and whether the description does them justice or not, they are definitely one to keep an eye on. The startup that launched in 2010 is a descendant of the now non-existent Magic Leap Studios whose work in graphic novels and feature films led them down the 3-D path and to their consequent future pursuit.

They seem to be the real deal, having allowed a glimpse into what they’ve been working on last year. The demonstration was of a 3-D planetary system suspended in mid-air that could be viewed through their virtual retinal displays, worn on the head much like the Oculus Rift. They impressed the likes of Google among other industry giants, which makes them look like the leaders-to-be when it comes to this spanking-new field. Keep an eye out for them.

Max Mankin has big plans for the future of mankind, and the recent inductee into Forbes’ 30-under-30 listing as well as co-founder of Modern Electron might just have what it takes to turn his vision into reality. In collaboration with his partner Tony Pan plus an elite squad of scientists and engineers sourced from all over the world, the startup has come up with a startlingly bold plan to bring clean and affordable energy into every home.

They intend to do this by scaling down electric power generators into smaller modular devices capable of fitting inside the average home and providing all its energy requirements. The hard science might be a bit beyond the average enthusiast’s head, but there’s plenty of reason to believe we’re in for a shocker of a treat from these guys.

From the creators of Twitter comes the next step in the evolution of universal, instant, information access. Its basic premise is that you can ask whatever question you can think of, and you will get an answer. The solution takes advantage of crowd-sourced answering to deliver timely, relevant, and highly accurate results for those tired of the relative vagueness, and unreliability of search engines and unregulated forums.

We can only imagine how easy a subject such as forex trading for beginners would be if the learners had access to a world of trading experts at their fingertips, waiting to answer any questions put to them. The solution is still in its beta stage where it’s being tested for user-friendliness and having all possible bugs worked out, but it looks like it will be a blockbuster once it hits the streets.

At little more than a year old, this startup might be the youngest in our little shortlist, but it’s packed full of promise. Ellen Sue, Levi DeLuke, and Sebastian Monzon, three students who were attending Yale together, came up with the concept of the wearable data-collecting and collating devices designed to make it a whole lot easier for people suffering from chronic ailments to find the best solutions and therapies.

The company’s current focus is on scoliosis, having developed a brace-monitoring device linked to its own mobile app (patent pending). The monitoring device collects data on how tightly it was worn and for what lengths of time – useful data for doctors to map out a plan for the patient’s recovery.

How to Get the Lowest Rates on Quick Loans