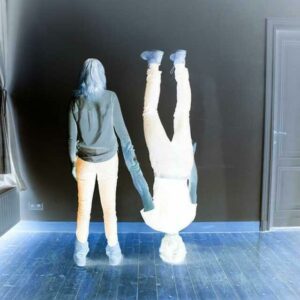 As an editor in the technology sector you get to see a lot of cool new things and some silly things and there’s just no easy way to tell a company that their amazing new product may not be quite as amazing as they think it is.

One of the first devices I ever saw demonstrated when I first began working for computer magazines back in the early 80’s was a unique and somewhat bizarre storage device for the TRS-80, Vic 20 and C-64 called the Exatron Stringy Floppy. (Seriously, that’s what they called it.) The drive itself was about the size of a shoebox but the removable storage media was a small cartridge about the size of a double-thick credit card. Inside the cartridge was an ‘endless loop’ made of magnetic tape only 1⁄16 inch (1.6 millimeters) wide. The tape was wound around a spindle like a regular VHS tape, but it fed the tape from the inside of one spindle to the outside of the other spindle (hence the ‘endless loop’). It was supposed to be a replacement for the audio cassette tape devices used to store and retrieve data. Trouble was you still had to fast forward or rewind the tape to get to the location where the data was stored and they weren’t all that reliable. Needless to say, the stringy floppy didn’t last long.

Back in 1982 British computer firm Jupiter Cantab strayed way off the personal computer path and produced a pint-sized computer called the Jupiter Ace. The Jupiter Ace was one of the first personal computers to use a ‘Chiclet’ keyboard with rubber keys. It came with a whopping 1kB of RAM (that’s one kilobyte kids, or 1024 bytes) but you could buy an optional 16 kB RAM-Pack extension (that would double the cost of the unit). It connected to a TV set but could only display black and white (a gray scale card was actually available providing 4 luxurious shades of gray). It did however have a little built-in speaker.

The thing that really set the Jupiter Ace apart from all the other personal computers of the time (and probably doomed it from the get-go) was that the operating system and built-in language were both based on the Forth programming language. That’s right. Forth. If you know anything about Forth you’re probably saying ‘why would anyone in their right mind build a personal computer based on Forth?’ and apparently just about everyone else in the world agreed. After manufacturing just over 8000 units the company went bankrupt.

I actually still have one of these little beasties somewhere. I never hooked it up to try it since I’m not a Forth programmer and don’t have any software to run on it. But when I found it buried in a closet at the offices of a tech magazine I used to work for I just had to bring it home and give it an honored spot…in my garage. I smile every time I see it.

The Churchill Club and The Future of the Connected Car