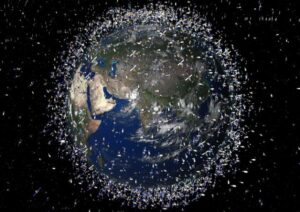 Google’s mission is to organize the world’s information and now it seems that they are extending beyond the online world into the physical world. With the recent acquisition of Skybox Imaging, a startup that uses small satellites to capture high-res images and video of the planet, and its past acquisition of Titan Aerospace, another startup, focused on high-altitude solar powered drones.

Yes, it is a little creepy to think that one company will have access to so much interconnected data. Street View has always been a little contentious particularly when you start to see your own house from the front, side and above and know that anyone can see it, too. Yet, it doesn’t stop us from using the services that result.

But having a satellite worldview gives Google access to data that would sinister in some other hands. The company will be able to see the kind of stuff that we fear in the hands of the NSA, for instance. It will be able to analyze the flow of traffic thorugh highways and shipping lanes. It will be to analyze data on the movement of people through geographies and leverage that data in some way. The Google founders say that is not their intention but Google’s original intentions are not their intentions today in any regard so, we don’t know what the company will actually end up doing with all this data it can now gather.

When Sergey Brin and Larry Page built the search engine that would become Google, they started by making maps. Mapping the structure of hyperlinks across the Web enabled them to rank Web pages by the number of links that pointed to them. That turned out to be a pretty good measure of those pages’ importance, and it formed the basis for what today is a $380 billion business.Will Oremus is Slate’s senior technology writer. Email him at will.oremus@slate.com or follow him on Twitter. For a company whose mission is to “organize the world’s information,” however, organizing the Web was only the beginning. Within a few years Google’s efforts had branched into news, books, academic research, email, images, and videos. In 2005, it leaped into the terrestrial realm with Google Maps and Google Earth. Then came Street View, real-time traffic data, and turn-by-turn directions. In recent years it has begun building robots, self-driving cars, and smart home appliances, all of which sense, analyze, and transmit information about the physical environment.