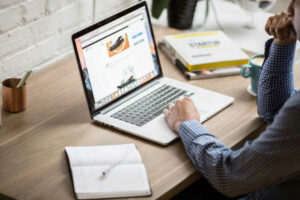 In the world of multi-level marketing (MLM), it can sometimes be difficult to determine whether a particular company offers good business incentives — or is simply too good to be true. There has been a great deal of speculation over the past few years about where QNET falls on that scam spectrum. With thousands of representatives in multiple countries around the world, QNET has become an established force in the direct selling industry over the years. Why, then, are so many people still trying to frame QNET as a less-than-savory option for individuals looking for a new direct sales opportunity?

As one of the largest international multi-level marketing companies, QNET is headquartered in Hong Kong and operates in dozens of countries including those with stringent regulations such as Singapore and Hong Kong. QNET was started in 1998 by two top distributors of a US direct sales organization who found themselves at crossroads when the US company shut down and disappeared with unpaid commissions and hundreds of pending orders. Instead of giving up and washing their hands off the situation, they decided to use their collective experience and start a direct sales company themselves to support the team they had already built.

Beginning with a team of only 2000 that sold collectible gold coins under the name GoldQuest, QNET eventually evolved to its current form as a multinational corporation offering independent distributors an opportunity to sell everything from homecare and nutrition to vacations,  wellness products, and education.

This breadth of service and product offerings has allowed QNET to continue to expand to new countries around the world, gaining traction with established sales professionals and allowing individuals to grow their business with top-notch selling tools and a wealth of training and development programmes.

Why QNET Has Been Portrayed as a Scam

It’s often shocking to research a company on “trusted” sources, only to discover some extremely negative information. Terms such as “fraud”, “pyramid scheme” or “scam” are seen concerning QNET, something which might initially cause concern for potential distributors. As you dig deeper into the true information surrounding the company, it quickly becomes evident that these claims may have been manufactured by competitors — or simply sour grapes from individual distributors that were unwilling or unable to work through the business model as defined.

Why Would Distributors Identify a QNET Scam?

In a world where 90% of consumers read an online review before making a business decision, a multitude of negative publicity can damage a company’s reputation. QNET’s online reviews have been flavored over the years by distributors who may not have been willing to put in the hours or the work required to build their business and aggressively acquire new customers. Multi-level marketing success is centered around actively pursuing and representing your product line, something that isn’t ideal for all personality types. After hearing of the success potential from existing distributors, it’s not surprising that there are individuals who are unable to create the same kind of business base for themselves and decide to share their opinions online.

Unsavory Selling Techniques Are Prevalent in Other MLM Programs

There is nothing new about a company attempting to make money on their distributors without providing a solid opportunity for business growth. As far back as the 1920s, Charles Ponzi created a complex scenario that involved purchasing international postal reply coupons in Italy at a discount and then reselling them in the US at full price. In theory, this sounds like a workable business model, until Ponzi became just a bit too greedy. Instead of making a 50% markup through his distribution network, he decided to request additional funds from investors upfront to increase his revenue.

In a short period, what perhaps started as a legitimate sales opportunity quickly become an arbitrage scheme. Ponzi became unable to repay his initial investors, essentially “borrowing” against future sales. The ultimate collapse of this business not only introduced the term “Ponzi Scheme” into US vernacular but also cost thousands of investors upwards of $20 million. This was a significant amount of money in a time where the average worker made only between $10 – $20 each week. The difference between a pyramid scheme, or Ponzi scheme, and true multi-level marketing is simple: with a fully-integrated MLM strategy, companies intend to make a profit — and then share the earnings with their distribution network in the agreed-upon percentage. A pyramid scam is generally short-lived and will quickly collapse as the company owners are no longer able to make good on their obligations to their distributors and buyers.

QNET: Banned in many countries?

While the quick answer is a resounding “No”, this is yet another rumor that often surfaces about QNET. There are no bans in place against QNET in several countries most often mentioned, specifically Saudi Arabia, India, and Rwanda. While there were some legal challenges to the business model of multi-level marketing, the issues were not specifically targeted towards QNET. Legislation has been put in place in Rwanda that bans companies whose operations were not centralized at the time — an edict that did indeed include QNET. QNET’s leadership team was able to talk through the various concerns with Rwanda’s Ministry of Finance team, ultimately resulting in a thriving hub of operations in the area today.

In Saudi Arabia, there is a general ban on MLM businesses and direct sales in general. It’s not unusual to see QNET’s name associated with this broad ban by the government, as QNET was the largest multi-level marketing organization in the country at the time of the ban.

QNET’s current status in India is also questioned, although the company does business in the country through sub-franchisee Vihaan. After a multi-year investigation into a fraudulent claim against the company, there were still no findings from India’s highest court or the Economic Offences Wing of the government. There are new Ministry of Consumer Affairs guidelines that should help reduce any confusion around the various selling strategies that are promoted by QNET.

Just as with much information that can be found online, you must separate the truth and reality from the negative publicity that can drag down a successful MLM company. QNET isn’t a scam as it seamlessly and successfully ships millions of customer orders with an extremely high rate of satisfied customers. There will always be formal complaints against any company, as buyers receive something that simply didn’t meet their expectations or vision of the product. QNET’s proactive customer service team spends a significant amount of time researching any negative online reviews, attempting to track them back to actual products or services that were reported as problems to the company.

In many cases, the online reviews are fraudulent — placed by individuals that are not current or past QNET customers, nor are the writers of the reviews associated with QNET as a distributor. Unfortunately, consumers decide to publicly denounce an organization anonymously or without offering QNET to resolve issues to their satisfaction.