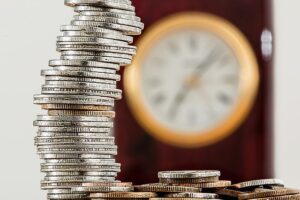 If you think bankruptcies are only limited to individuals and rarely happen to established businesses, you are mistaken. There is a mounting list of leading retailers going broke in the US.

The most apparent reasons for retailers seeking bankruptcy protection are the changing shopping habits of Americans as also the overly aggressive store growth. However, specific retail stores may have specific reasons for closing. Let’s see three such stores:

Aerosoles, the footwear maker formerly known as Aero, filed for bankruptcy and is planning to close most of its stores to focus on its e-commerce, wholesale and international businesses. This is because of declining mall traffic and shift towards online shopping.

This clothing company for the teens that has more than 1,100 stores, filed for Chapter 11 bankruptcy protection to reduce its debt and to infuse additional capital for restructuring. According to the court filing, the company listed its assets in the range of $1 billion and liabilities in the range of $10 billion.

There are many more such retailers that have filed or are planning to file for bankruptcy, even though a majority of them have not gone broke. So, why are they filing for bankruptcy?

Reasons for filing bankruptcy when not broke

Such businesses, that look otherwise financially healthy, take preemptive action because they foresee the writing on the wall of the impending doom. Such companies, although making money on their actual operations, are unable to make their debt payments.

What is Chapter 11 bankruptcy?

Chapter 11 bankruptcy is one of the four different types of bankruptcies that come under the United States Bankruptcy Code. These bankruptcies cover both individuals and corporations.

Chapter 11 bankruptcy, on the other hand, is specifically meant for troubled businesses. It involves complex bankruptcy filing in which the debtor continues to function and retain ownership of all assets, while attempting to work out a reorganization plan to pay off the creditors.

However, this reorganization process has a time limit of 120 days, as enshrined in the Bankruptcy Abuse Prevention and Consumer Protection Act of 2005. Failure of debtor to submit the reorganization plan within the stipulated period allows the creditors to submit their own plans.

The aim of Chapter 11 bankruptcy is to create a reorganized company, that may be smaller than the original one, to give it a new start. And the statistics that show this are encouraging.

According to some studies, about 10 to 15 percent of Chapter 11 cases result in successful reorganizations. Most cases are either dismissed or converted to Chapter 7 liquidations by court’s approval. The bankruptcy court can also dismiss a Chapter 11 case or convert it, if the debtor fails to show that it can successfully reorganize.

The spate of recent bankruptcies under Chapter 11 has brought the financial health of leading retailers in sharp focus. At least 19 famous retailers were forced to seek bankruptcy protection in 2017 and the situation continues to look as grim in 2018. Even seemingly financially healthy retailers are filing for bankruptcy to avoid creditors and to restructure their businesses to sync with the current retail scenario.

7 Reasons Live Streaming Yoga is the Yoga of the Future