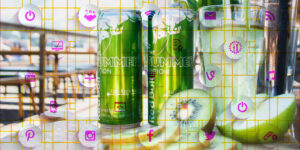 Over the last decade, the emergence of social media networks has taken the digital world by storm. Starting off as a way to connect and communicate with friends and family around the world, the use of social media has now expanded into other areas of life as well. As people continue spending more time on platforms like Facebook, Instagram or Twitter, businesses are now seeing the value of reaching out to their customers on social networks.

The last few years brought developments that have made social media advertising simple for businesses of any size to delve into. At the same time, this ease of use has not been smooth-sailing for all companies. Communicating through online methods can often misrepresent the message that businesses are trying to get across, which can prove detrimental to their branding and reputation. Real-world examples show the importance of finding the fine line that exists between a successful online campaign and an outright blunder.

Perhaps no other energy drink company is more well-known in the world than Red Bull. Ranked by Forbes as the 74th most valuable brand in 2016, Red Bull is a perfect example of how simple messages can work wonders for even the largest companies. Despite staying true to their one flavor since the founding of the company, Red Bull decided to roll out flavored product lines in the summer of 2015.

The company was able to successfully launch their new energy drinks by focusing on two simple but important components. That of the new design on their cans, and leveraging the coming summer season with the hashtag #thissummer. This direct and simple approach was launched on Instagram just before the beginning of summer, and put Red Bull in a position to convince customers to try their new product lines.

The campaign launched by Disney and the Make-A-Wish Foundation portrays how companies can empower audiences to engage with them online for a good cause, and indirectly promote brand awareness. Disney’s call-to-action behind the #ShareYourEars campaign was quite simple. For every picture posted on Twitter, Instagram, or Facebook that featured Mickey Mouse ears and the hashtag, Disney promised to donate $5 to the Make-A-Wish Foundation. What seemed like an overnight phenomenon, public response to the campaign went viral, leading to a donation of $2 million from Disney.

The primary reason this campaign was so successful was due to a focus on the audience as opposed to the brand. Although the Mickey Mouse ears themselves provided awareness opportunity for Disney, the campaign put power in the hands of individuals. By encouraging the public to participate in the simple campaign, Disney was able to indirectly brand itself while keeping the attention on the people and the Make-A-Wish Foundation.

One benefit of social media for companies is that they can analyze what their competitors are doing to capture audience attention. However, this benefit can quickly take a turn for the worse if analysis turns into copying. Twizzlers learned this the hard way in 2015 after launching the Lady and the Tramp campaign to raise money for autism. The campaign turned into a dud due to a lack of cohesiveness, and a clear attempt to ride the wave of the ALS Ice Bucket Challenge earlier that year.

The lack of originality and inability to draw connections between Twizzlers and autism ultimately caused the campaign to fail, and speculations that the campaign would become the next Ice Bucket Challenge were quickly put to rest. Luckily for Twizzlers, the online realm is difficult to litigate for copycat campaigns, so their commercial insurance wasn’t needed to protect them against any potential lawsuits, but it could have been. Not so lucky for the company, however, was that people quickly picked up on their lackluster attempt to recreate the viral Ice Bucket Challenge.

Failure to Read the Audience

SeaWorld and the #AskSeaWorld Campaign

In 2013, the groundbreaking documentary Blackfish was released, detailing the inhumane capture and treatment of orcas in SeaWorld’s captive environment. The documentary shed light on the situation of SeaWorld’s marine animals, and public sentiment quickly turned against the previously beloved theme park. In order to mediate and diffuse the burgeoning tensions, SeaWorld launched their #AskSeaworld campaign in hopes of restoring their image. The point of this campaign was for people on social media networks to ask the theme park about whale and orca care, and an attempt by SeaWorld to be transparent and open in answering questions.

The campaign definitely gained the traction that was expected after the immense awareness that Blackfish raised, but not in the way SeaWorld had hoped. A quick search of the hashtag on Twitter will reveal how the public used this opportunity to further degrade SeaWorld’s brand and credibility, instead of a means of communication as the theme park had hoped for. The inability to determine public perceptions towards the park ultimately led to a social media blunder, as the campaign had an adverse snowball effect on SeaWorld’s legitimacy.

Social media is a double-edged sword, your business could go viral, but not for good reason. Glean what you can from the successes and missteps of the companies above and make sure your next campaign is golden.

How to Remain Stable Financially After Your Retirement