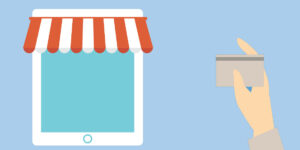 As far as payment methods are concerned, you only need to consider the fact that the owner of a Visa card can’t spend their money at your store if you don’t factor in support for the option. The same applies for PayPal, Bitcoin, American Express, Skrill, and the tens of other credit cards and digital wallets on the market today. Of course, it’s never just one customer. Statista forecasted 113 million Visa cards in the United States by 2014 and, while they won’t all be interested in your business, it’s a fair bet that there are a few people out there who will be. It’s not the best example – most businesses accept Visa as a starting point – but there’s a lot to be said for going beyond the minimum when deciding which payment processing services to offer your customers. Here are a couple of reasons why:

Developing Countries Cross-border fees and extortionate credit card charges are a serious problem in developing markets like China and India. The simple truth is that, for companies with a global reach, a person is far less likely to buy from your company if fees and charges make up a large proportion of their overall purchase. With Asia, Africa, and even places like Papua New Guinea on the list of fastest growing economies, a problem exists for global businesses in not being able to appeal to people using credit cards in those countries. This is where alternative currencies like Bitcoin come in. Known by its slogan of “magic internet money”, Bitcoin is a cryptocurrency created in 2008. How does it help? Bitcoin is not regulated by any world body, meaning that it exists apart from banks and credit card companies; in other words, there are little to no fees associated with its use in purchases. Bitcoin offers irreversible transactions and immunity from things like counterfeiting. It’s also a private way of shopping, a point we’ll come to next.

Untraceable Not everybody likes handing over their credit card details to every store they come across and services like PayPal and Skrill are designed to act as a barrier between the customer and their private information. The differences between the two options are small, with the latter more engrained in the betting and gaming communities. iGaming companies have also championed deposit by phone bill as an alternative to debit and credit cards. British company mFortune describes itself as “one of the safest mobile casinos” on account of its deposit options, which allow users to forgo the plastic and add the cost of their games onto their phone bill instead. The same casino also provides reassurance in the restrictions it places on daily deposits and the alerts it sends users whenever money is added to their account. The iGaming industry at large was also an early adopter of Bitcoin for the reasons mentioned previously and now some casinos don’t take fiat currencies at all. As a final point, your customers will dictate which direction your company will go in with regard to payment options so if you’re not sure, ask them. It sounds a bit too obvious but finding out the whims and desires of your customers is a valuable tool from a more general perspective; after all, you won’t get very far appealing to a demographic you don’t understand.