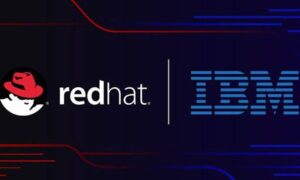 Today’s announcement that IBM was going to acquire Red Hat for $34B amazes me because it showcases how much change a company can achieve. Back when I worked at IBM, it was a very rigid, hardware focused company that resisted change like a 4-year-old resists eating his or her vegetables. Back then we used to bet how long a new external hire would survive in the firm with the most generally lasting in the 9-12-month range.

Today’s IBM is dramatically different, led by one of the most successful woman CEOs in the technology segment. The firm has solidly pivoted away from hardware as its primary focus to software and services, particularly cloud services.

I was at IBM for 10 years where it struggled to change and was unsuccessful. In a fraction of that time under CEO Ginni Rometty IBM has become a dramatically different firm. A clear indicator of that change is the acquisition of Red Hat.

I covered the IBM acquisition of Lotus and the comparison between that and the Red Hat deal is stark. With Lotus, it first seemed as if the company was being dragged to its death. While it appeared that the initial hostile acquisition behavior was diffused, both Lotus and IBM were in massive competitive trouble largely thanks to Microsoft.

Even so, it was clear the two firms had no idea how to work together and IBM largely dismantled Lotus over time validating the predictions of Lotus’ premature demise. Lotus was already lost itself, though, and I think the outcome was given even if IBM accelerate it.

In stark contrast, IBM is not desperate these days and the firm is under less pressure from companies like Amazon and Microsoft than it is from general changes in the market. But IBM has also been actively, massively changing itself in the past decade and has emerged as a firm far more willing to accept external hires, new ideas and novel processes as it redefines itself.

One of those changed processes is in acquisitions. IBM has learned, albeit painfully, to not break what isn’t broken and to preserve the acquired asset. SoftLayer is a good example of this and rather than appearing to be the death of Red Hat, IBM is instead likely to enhance the company strongly by both backing the Red Hat brand and supplementing Red Hat’s resources with IBM’s own.

So rather than initially fighting IBM with this acquisition Red Hat’s management embraced it because the liability that IBM once demonstrated with Lotus has been eliminated and replaced with a far greater flexibility and the ability to access IBM’s other assets.

In the end, Red Hat will simply be stronger as part of IBM than they were separately. Plus, as a wholly owned subsidiary, a great deal of the pain and suffering associated with being a public company will now be borne by IBM’s executives, not Red Hat’s.

While Red Hat’s revenues have been growing at an impressive rate, it was neither a big nor a small company and this is often a very difficult phase to transition out of. It was too small to really go head to head with companies like Amazon and Microsoft but thought to be too big to be acquired by any of them.

What was left was growing organically but the competition isn’t stumbling at the moment, making it unlikely Red Hat, alone, ever close the competitive gap. Instead, it seems that eventually the firm would hit a wall should competitors seriously focus on acquiring Red Hat’s customers.

This acquisition allows IBM to push Red Hat into becoming a full enterprise provider at scale, making it far more attractive as a solution provider to enterprise firms and better assuring that it can survive future competitive pressure. In short, the deal allows Red Hat to jump ahead to where it needed to be in terms of size, credibility and scale, without the pain and near-impossibility of getting their organically.

For IBM this means they can rely on Red Hat Linux and the firm in general far more deeply without concerns that the firm might be acquired by Dell or Oracle, thus raising theoretical risks. In the end, IBM is more valuable with Red Hat and Red Hat is more valuable as part of IBM suggesting this acquisition was well made.

Twenty years ago, the acquisition of Red Hat would have been a disaster for both firms for a variety of reasons. Those reasons have disappeared over time and the benefits to both IBM and Red Hat from the acquisition exceed the liabilities.

Assuming IBM executes to plan, and a critical mass of Red Hat executives don’t retire prematurely, either officially or in place, due to accelerated stock options (always a problem with any company acquisition) both firms are strengthened because of this move. Red Hat solutions, in particular, will become far less risky nd potentially far more attractive due to its improved ability to achieve enterprise scale.

Given market volatility and a lot of free cash, I expect this will be far from the last of the interesting and somewhat provocative acquisitions we’ll see in the next 6 months. I can’t yet speak to the ones that are coming in the Tech segment (ranging from brilliant to insane) but IBM’s deal for Red Hat was well made.

Building brand identity – These steps should make the task easy