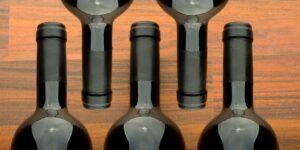 The American wine industry generated almost $220 billion for the US economy last year, with sales of wine in the country increasing at an almost uniform annual rate. While not every country is experiencing quite this level of domestic success—China’s vintners are losing out as a result of a rise in imports, particularly as tariffs from countries such as Australia are reduced—interest in wine has never been higher.

A great deal of this interest is down to the increased accessibility people now have to wine; thanks to apps, delivery services and specialist vendors, it’s never been easier to value your wine online, as well as buy and sell from these same vendors. This boom period doesn’t seem like it’s going to end any time soon either. But what are the more exciting technological developments that have seen the internet take responsibility for the rising marketplace for wine, and how has the economy contributed to the growth?

Crowdfunding the next generation of online wine retailers

The closure of Amazon’s original wine outlets, Woot and Amazon Wine, at the end of 2017 seemed to suggest the death of major online wine retail. The decision to shut down the outlets came in the wake of the e-commerce giant’s acquisition of the Whole Foods supermarket chain. However, the founders of Woot announced at the start of this year that they would be taking to Kickstarter to finance the next step of their journey to “eliminate retail middlemen”.

Beating its target goal on the first day, Casemates aims to connect wine aficionados with new wineries, encouraging users to buy in bulk with special deals on cases. The site will also attempt to live up to the other half of its name by providing discussion boards and an Uber-like wine share program, for drinkers to split the cost of an entire case.

As soon as Shazam—an app designed to recognise and identify songs—found its way onto the iTunes store, developers went crazy trying to create a “Shazam for” anything. In the case of wine, the likes of Drync and Vivino were unveiled, allowing anyone with a smart phone to find out the vintage, region and local vendors of any wine it scans. Consequently, much like Shazam offering Spotify and iTunes links, these wine apps are branching out, becoming online databases, eventually leading to selling wine themselves.

The largest of these apps, Vivino, announced a new premium service at the end of 2017, offering free delivery (which the company’s CEO cites as one reason for wine being “not that big in e-commerce”) for an annual fee. Taking this one step further is Chinese company JD.com, which provides an “ultra premium” wine delivery service, where suit-and-glove wearing couriers deliver high-end product direct to customers’ doors.

The major benefit of online retail is its expansion of the global marketplace; with the click of a mouse, anyone can order wine from anywhere around the world. One nation taking particular benefits from this is Great Britain; the country has become a major player in the wine marketplace over the past decade. Yet, while the 2016 Brexit vote to leave the European Union has sent the value of the pound spiralling (and led to an increase in the cost of supermarket wines), it has led to a raised interest for international buyers purchasing fine wines.

There Is A Lawyer For That