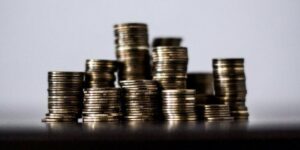 Whilst the previous Scottish Independence Referendum was held only a few years ago, the Scottish Government has made their intentions to hold another one clear. With the United Kingdom’s withdrawal from the EU coming in the next couple of years, the environment around the vote is significantly different. Whilst there is no guarantee that Westminster will grant Holyrood the referendum they want, it is worth considering how a Scottish Independence Referendum could impact your investments.

The Precarious Future of the £

The GBP has already suffered after the Brexit vote, and in the run up to IndyRef 2, it is likely to suffer again. On the day of the vote, there will likely be numerous unanswered questions regarding the currency – will Scotland try and keep the GBP? Will they have their own currency (potentially pegged to GBP), or will they make a bid to join the Eurozone?

In any instance, a ‘Yes’ vote is likely to weaken the GBP further regardless of what currency policy the Scottish Government pursues. Indeed, any suggestion prior to the vote that it is swinging towards independence is likely to cause the GBP to drop. Equally, a vote to remain with the UK is likely to re-strengthen the Pound. A risky, but potentially rewarding approach would be to bank on a ‘No’ vote – buying the Pound before the Referendum, and selling it afterwards. Alternatively, another approach would be to bet on the outcome or strength of the Pound using financial trading platforms such as Stern Options. The risk to this, however, is if Scotland does vote to leave, the Pound could drop even further!

Scotland’s Potential Impact on the Euro

The Euro is another currency to watch over the course of a potential Scottish Independence Referendum. It is almost certain that the Scottish Government would make a bid to join the EU, and it is very possible that they would aim to join the Eurozone – though they will have to apply for membership as they will not be graced with automatic inclusion. Whilst the addition of another country to the Eurozone could strengthen the currency, there is also the possibility that speculators would look at Scotland’s debt and deficit profile with unease, weakening the Euro. Close attention should be paid to how the EU reacts to any indication of an independent Scotland joining, and in turn, how the markets react to that.

A Scottish Independence Referendum is likely to damage vast sections of the stock market, with companies that operate across the border particularly affected. The last referendum saw a number of business leaders speaking out about the impact that independence would have on their business, including BP’s Bob Dudley, the Weir Group, and Sainsbury’s Justin King. The Royal Bank of Scotland, Lloyds, Alliance Trust, Standard Life and HSBC all warned against, or set up contingencies for, Scottish Independence. But that does not necessarily mean the same warnings would hold true this time around, particularly if the EU is receptive towards an independent Scotland joining. Pay close attention to which business leaders come out as for and against independence – it will be a good indicator as to what businesses and sectors are likely to be particularly hurt by independence. Even in the event of a Remain vote, there is a strong possibility that these businesses and sectors most impacted by independence will still suffer in the run up to the vote.

The final big question that Scottish Independence would raise for your investments is regarding regulation. The UK Government has made it no secret that if the EU opts for a punitive negotiation strategy, they will respond by reducing tax and slashing regulation. This puts Westminster at odds with Holyrood, which is governed by the pro-tax pro-regulation SNP. If Holyrood hopes to join the Eurozone, it will need to align its regulatory policies with that of the EU – anyone hoping to trade in both UK and Scotland will encounter increased red tape.

It is doubtless that a Scottish Independence Referendum presents a number of great opportunities for both Scotland, and savvy investors, but it is still likely to be a challenging time for all – regardless of the outcome.

Are Vintage Mobile Devices Coming Back on The Market?