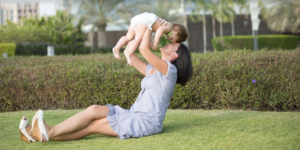 Connecting with customers is one of the most overlooked aspects of establishing a successful venture and promoting longevity. After all, most companies do not have the financial resources nor the time that can be dedicated solely to building long-term relationships. Unfortunately, this means that they are effectively reducing their chances of maximizing the number of repeat buyers.

Luckily, there is one very easy way to help establish a seemingly immediate connection with people who interact with the company – building a strong brand identity that can be relatable, unique, and impactful. For those unfamiliar, brand identity is a combination of everything that the brand does, stands for, and hopes to achieve in the long-run. It creates the feeling a potential customer gets from interacting with the imagery and messaging from a certain brand. So, how can businesses go about developing a simple and effective identity that has not been seen before?

Represent the Community and Give Back to It

To jump-start the process of building a flawless identity for the business, one can simply focus on their community. After all, even some of the major companies in the world originally started as smaller projects that were focused on a relatively niche area. It was not until years later that many of them scaled to the point of becoming international ventures that operate in numerous countries. So, what exactly does this mean for start-up businesses that would like to make their presence known? It gives them a great opportunity to connect with the local market by representing the community in a respectable manner.

For example, if a brand is established in Houston, they could focus on promoting Texas and everything that is great about the Lone Star State. Doing so will help them easily recruit some local buyers who are patriotic about the state. It will also echo the necessary passion for the community from which the business originated. Additionally, representing an area effectively will only happen if the company also gives back to that community via volunteering events and charitable contributions.

Find a Cause That is Worth Fighting For

Besides a strong influence on the local community, Universal Manufacturing Corp reminds that it is extremely important to have a cause that the brand stands for. To better understand this, below is a list of some of the world’s largest companies and causes that they promote:

The list goes on to include nearly every large corporation that exists as all of them have relevant causes that are important to society. The reason why this is so common is the fact that people love connecting with companies that show genuine care for the surroundings and the well-being of others. And given that there are countless causes that one could choose from, standing up for something is practically mandatory.

Establish a Positive and Welcoming Culture from the Beginning

It is not a coincidence that Google consistently ranks as one of the best employers in the entire world. Although their compensations are above average, this is not why people value this technological giant. On the contrary, the salaries are almost irrelevant when compared to everything else that employees who work here are entitled to. For instance, Google has made it a point to build huge campuses where people come to work.

While there, they get free food, free car washes, free daycare, and dozens of other perks that they do not have to pay for. They also have various sporting events that all employees can attend on the campus as well as numerous training facilities, pools, gyms, and so on. In other words, Google is what Universal Manufacturing Corp would label as a “forward-thinking” brand that is not scared to spend millions of dollars on non-cash-based compensation as long as it promotes a culture of positivity. Why would they want to do something like this? Because the culture within the company is one of the most important indicators of a unique corporate identity.

Be Attentive to Every Detail

Ultimately, it will be impossible to build a unique brand identity if the company does not pay a lot of attention to detail. Why? Because the process of establishing an identity is a long one that cannot be completed overnight. On the contrary, it may take years and even decades to do. On the other hand, one small misstep could cause irreparable harm to the identity being created. Hence why it is important that every step of the way is take with the utmost care and that the brands know what their ultimate goals are. Doing so will help reduce the margin of error as well as reach final objectives much faster.

Technological Advancements That Assist Drivers To Keep Their Lane