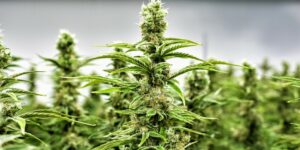 There is a growing list of countries around the world, such as Peru, Spain, South Africa and Colombia, that have begun to allow marijuana to play a more open and accepted role in society, either by decriminalizing personal use, or limiting the enforcement of the laws surrounding it.

Laws vary widely, however, on medicinal and recreational use, and there are restrictions on how it can be sold and grown. Marijuana is currently legal in some form in 46 US states, for example, though the majority only allow use for medical purposes.

This October, Canada became only the second country in the world, after Uruguay (2013), to fully legalize the use of marijuana. According to Statistics Canada, 4.9 million Canadians consumed $5.7-billion worth of cannabis in various forms, both medical and non-medical, in 2017. So the market is already established, and is expected to increase along with developments in the value-added forms of the drug.

In anticipation of these changes in law, a new industry has grown up around the provision of safe, effective forms of the herb, particularly for medical purposes, Canadian companies that are at the forefront of cannabis production and research.

Yet, industry professionals know that the public perception of marijuana will have to change: from that of a recreational drug mostly used by adolescent party goers and overworked young, urban professionals, into a serious medicinal product with useful applications for pain relief and the treatment of debilitating diseases.

Even though it has been legal for medical purposes in Canada since 2001, the legalization of recreational marijuana this past October is hoped by many in the burgeoning industry to pave the way for a broader public acceptance. Supporters believe that Canada has positioned itself to be the leader in an industry that seems destined to grow internationally.

Take for example the Canadian-based PharmaCielo Ltd., a medical cannabis company with operations in Colombia, a country that has also modified its laws with respect to medical cannabis. PharmaCielo aims to become a leading supplier of naturally grown and processed, standardized medicinal-grade cannabis oil extracts. The company chose to grow its product in Colombia due to the outstanding climatic conditions in the country, as well as its clear and legal framework for medical cannabis licensing.

PharmaCielo’s Canadian-Colombian CEO is Anthony Wile; Wile believes that Canada can be an example for the world regarding how the medicinal cannabis industry can be regulated and supervised, even as it continues to modify the rules.

“We believe Colombian government officials can learn from Canada’s experience,” says Wile, “and also from their ability to modify regulations as experience moves us forward. The goal is to maximize the growth of the industry in a safe and responsible way, as a model for others.”

The upside of this brave, new world are the large-scale, state-of-the-art facilities cropping up around Canada to meet high demand, many of them in heretofore economically-depressed regions. The downside is dealing with the unexpected complexities of these new regulations that vary from province to province. And Canada’s closest neighbour is the United States, where marijuana possession and trafficking remains a federal crime. The US border agency recently changed its policy to allow Canadians working in the domestic Cannabis industry free entry into the United States—unless it is found that they are coming to the U.S. for reasons related to the marijuana industry. In that case, they may be deemed inadmissible.

With such nimble changes to working policies occurring on a regular basis, Canada is treading a new path and the world is watching, deciding whether it will follow.