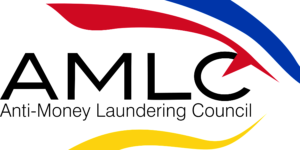 Following an outpouring of scandals in some of the major EU banks, the European Commission has decided to propose handing on new powers to the European Banking Authority to extend their Anti Money Laundering (AML) authority in the major banks including ING, Danske Bank, and DeutscheBank.

Present Jean Claude Junker as stated that the recent money laundering cases in major EU banks have led to the development of a proposal which concedes sweeping AML powers to the European Commission. He also pointed towards the rising concerns in relation to the AML rules which are supposed to be constantly supervised and imposed effectively all across Europe. President Jean also stated that the recent money laundering cases have also created great risks for the European Commission in terms of reputation and integrity. He also predicted that the recent incidents will have financial stability implications which shall be sustained by some specific banks.

Vera Jourova, the commissioner for gender quality, justice and consumers praised Europe’s Anti-money laundering rules by calling them the best in the world. He expressed his disappointment in the fact that the enforcement of these rules is not always supervised in the banking sector with as much diligence which can be found in AML rule enforcement in all other sectors in EU. Explaining the system to be as strong as the weakest link, he also pointed out the intervention of technology in international money laundering cases. He also expressed his thoughts regarding the matter on hand and urged the organizations to ensure that the supervision of AML rules enforcement is done quickly and pro-actively. Vera also expressed his hope for a better future by stating that he belief in making changes for the betterment of the present situation which will have long-lasting impacts.

The European Commission has acted immediately to come up with a proposal which will bestow intense powers to the European Banking Commission against the Money Laundering scandals. According to the speculations of the proposal, the EBA will be granted with multiple powers which will help the Authority in assuring the prevention of money laundering scandals of the present to ever rise again in the future. Under the law, EBA’s different supervisors will coordinate on a much greater scale to exchange sensitive information regarding the enforcement of Anti-money laundering rules. A major portion of the newly bestowed powers will be used to ensure the enforcement of AML rules in all sectors present across the European countries. The proposal supposedly makes the EBA as “Europe’s Phone number” which can be dialed to access cooperation with the international regulatory bodies in dealing with the issues which are related to dealing with the money laundering issues in the financial sector across Europe. The proposal also provides EBA with the entitlement of requesting an investigation into alleged rule violations and breaches.

The EBA will also call upon the European Central Bank to invite them to draw up a memorandum of understanding regarding by January 2019. This memorandum will be drafted in relation to the exchange of information requested by the national supervisory authorities.

Technical Issues, Codes, and Connectivity aspects To Improve SEO Of an E-commerce Site