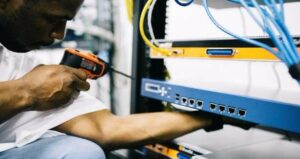 The gig economy is growing at a faster rate than standard employment, according to the latest figures from the Metropolitan Policy Program, suggesting that a huge realignment in the nature of employment is on the horizon.

The Program’s research revealed how over the last two decades, the number of independent contractors has increased at nearly three times the rate (27%) of normal payroll employees. In certain industries, such as transportation, that figure soared to as high as 44%.

Up until now, the growth in the gig economy has been restricted to a number of specific sectors. Employers in the retail, hospitality, and transportation industry, in particular, have benefited from being able to hire workers on temporary or zero hour contracts.

That all looks set to change, however, with one company, in particular, hoping to gatecrash the party and grab their own slice of the gig economy pie.

The telecoms industry is currently experiencing huge levels of growth, with customers wanting more processing power, faster broadband speeds, and improved mobile connectivity. This has meant that service providers, who traditionally employed their own in-house workforces, have struggled to keep up with demand.

Field Engineer has been quick to recognize the problem, setting up their own online marketplace that connects service providers with a range of highly skilled field engineers in 146 countries around the globe.

Designing an online marketplace that connects freelancers to employers isn’t a new concept. Sites that work on similar business models to Field Engineer, such as Upwork, PeoplePerHour, and TaskRabbit, have existed in some form since 2003.

On the face of it then, entering into such a crowded marketplace might sound like business suicide, but Field Engineer has quickly gained popularity amongst service providers because of its sole focus on the telecoms industry. This has meant that the marketplace has allowed recruiters to quickly search through a range of qualified engineers using industry-specific skill filters.

And, unlike more broader online marketplaces, the company also provides liability insurance and background checks so that service providers can have confidence that the staff that they’re taking on.

Since its inception last year, Field Engineer, driven by their CEO Malik Zakaria, has gone from strength to strength, with over 5,000 jobs completed to date and a global workforce topping 15,000.

In just eight months, the company generated close to a million dollars in revenue, highlighting the huge interest in creating a digital workforce in the telecoms industry.

The company has achieved this impressive figure by charging a flat rate of 10% for each completed job payment, although it also offers end-to-end project management services that are charged at a higher rate.

A Template for the Future?

The financial institution PwC released a report in 2015 that highlighted how nearly half of human resource professionals (46%) believed that at least 20% of their workforce would be made up of temporary workers by 2019.

What perhaps wasn’t considered at that time of that report, however, was the growth of specialized marketplaces for workers and employees.

Gregg Fisher, the co-manager of the consultancy agency The Sterm believes that the shortage of in-house skills will result in an increase in the number of “networked” professional service firms similar to Field Engineer in the years ahead.

“An increase in the number of in-house professionals with fragmented skill-sets as a result of technological change will increase pressure on companies to tap into highly specialized talent that has chosen to operate in the independent consulting marketplace instead of at traditional firms.” Fisher said.

This end result could see a whole range of industries turning to a global digital workforce as a way of cutting costs and speeding up the recruitment process.

How Going to Music Concerts can Benefit Your Health?