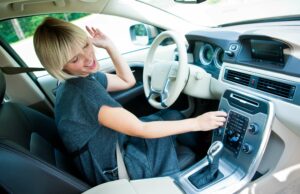 1. Style- The styles used for constructing speakers for cars and homes are significantly different. A lot of home speakers have a generic style; only the cabinet and the arrangement of speakers within the cabinet are the only ones that tend to vary. For car speakers, the variations on designs are more plentiful. More parts such as baskets can be modified for automotive use. Other styling details such as chrome and lights may also be installed to make a car further stand out.

3. Use of amplifiers- The presence of amplifiers is one of the biggest differences between car and home speakers. Most home speakers come with built-in amplifiers for convenience, though some users can hook up their speakers to amplifiers. Car speakers on the other hand must be hooked up to external amplifiers to make them work. This is not really a matter of cost-cutting, but rather it gives car audio installers the freedom to customize their speaker setup accordingly.

4. Resistance- Resistance is one of the most important differences between car and home speakers. Also defined as impedance, this is the measure of how much opposition a conductor gives to an electrical current. Because car amplifiers are designed as low-voltage, high-current units, speakers optimized for car use usually have low resistance. On the average, car speakers have 4 ohms of resistance. Home speakers have high resistance because their amplifiers have a high-voltage low-current setup. Typical speakers for home use have 8 ohms.

5. Optimization- It goes without saying that car speakers are designed for use in cars. These speakers are designed to be used in relatively small enclosures and spaces (i.e., interiors of automobiles). Sound engineers would define this as near-field design. Speaker makers know that small spaces reinforce low frequencies, so they set up their car products accordingly. If you purchase automotive speakers, you are very sure that its performance and settings are optimized for use in cars.

Laser hair removal: the answers to your questions