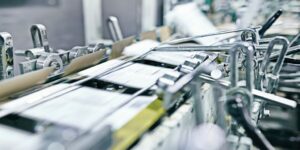 The prospect of a product recall is one that’s sure to give business leaders and management sleepless nights. They’re only necessary after something has gone wrong, and if they’re mishandled they can inflict significant reputational damage on the responsible company.

To minimise these consequences, it’s vital that your product recall procedures are able to cope – and that they don’t compound the problem. Unfortunately, there are several all-too-common mistakes which might be easily made during a recall, and which will almost certainly make things far worse. Let’s take a look at them, and how they might be avoided.

The first temptation you might suffer when a recall becomes necessary is to divert every available resource toward handling it. This might mean drawing employees away from their original duties, or adding it to their existing workload. Suffice to say, this will result in a recipe for exhaustion, stress, and an overall lack of productivity.

So how might this be avoided? The answer lies in outsourcing. By bringing in short-term staff to cope with the additional workload, you’ll be able to ensure that the overall productivity of your workforce remains unaffected, and that man-hours will be diverted only where necessary. A small, dedicated recall team can work in close co-operation with outside parties, and ensure that they’re able to do their job effectively.

Failure to watch for escalation

When it comes to product recall, things can certainly always get worse. As such, you’ll need to be on your guard against escalation. Customers might be willing to forgive a product that’s faulty – or even dangerous. After all, these things happen. What they’ll be less understanding of is when a recall goes wrong, and it’s at this point that the failure begins to look and smell less like a result of misfortune and more like a result of gross incompetence.

Escalation typically occurs when the organisation in question underestimates the size of the task. This might be down to inexperience, or it might occur when the regulatory body suddenly demands that the list of recalled products be expanded. If the resources aren’t in place to deal with the sudden expansion of the task, the result will invariably be an unsightly struggle.

One of the biggest advantages of bringing in an outside organisation to deal with a product recall is that they’ll be able to easily and quickly scale up their operation in response to increased demand. In a sense, when you’re working with a specialist product recall and Field Marketing Agencies, you’re pooling your resources with other companies to access a service that’s flexible, efficient and effective. The result is that you’ll be able to cope when the heat gets turned up, and the reputational harm inflicted on your brand will be thereby minimised.

When a recall is really coming off the rails, the urge for irrational acts of self-preservation might kick in – not only for the business as a whole, but for the people who make up the business. This will mean avoiding responsibility for what’s happened. This, naturally, is a public-relations disaster. It’ll send a clear signal out to regulators and would-be customers that the company is uncaring and callous, even in the face of a product which is dangerous. The resulting online firestorm can make this damage even more severe – which is why companies are less able than ever to dodge the blame.

Again, bringing in an outside agency can help to avoid this problem. Not only will they make the likelihood of an error during the recall more remote, but they’ll remove the incentive for the company to panic and double-down on the error. With robust mechanisms in place to handle a recall before it becomes necessary, you’ll be able to get the problem sorted just moments after it first occurs.

A product recall is a proverbial banana-skin for even the largest and most well-resourced business. I improperly handled, the consequences could be dire. And there are myriad ways in which the affair might go wrong – and even more when the people carrying out the recall aren’t familiar with how it should go, and what to do when things don’t unfold according to plan. That’s why bringing in an Field Marketing Agency like Tactical Solutions is so worthwhile. They’ll be able to anticipate problems and circumvent them, and they’ll have the necessary experience, technology and expertise to ensure that the recall goes as smoothly as possible.

How to Choose the Right ERP Software