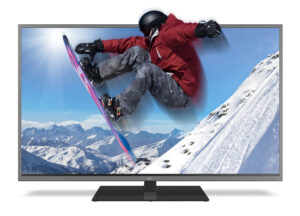 Many technology companies and viewers think that 3D technology is dead. Back in 2016, tridimensional technology was the staple for many people. Gamers were vested in three-dimensional video games because they felt more realistic. 3D television sets graced many of our living rooms because we wanted to experience the splendor of three-dimensional viewing. However, there was one problem. Going to the movies to watch a 3D film got old after a while due to the viewing glasses associated with the optical system. But what if this was not the case? What if we could enjoy the same rich viewing experience without the glasses? Chinese technology firm Kangde Xin Composite Material Group (KDX) and its glasses-free 3D technology may enable that.

What is Glasses-free 3D Technology?

Imagine immersing yourself in a natural viewing experience, seeing images as if they are right in front of you. Next, picture being part of that scenario but without having to wear special glasses to experience it.

Glasses-free 3D technology enables viewers to enjoy the benefits of third-dimensional reality without the drawback of wearing glasses. Because of the interaction between hardware, software, and firmware, the technology allows users to take advantage of the special optics at the front of 3D devices. Chinese tech conglomerate KDX utilizes proprietary tridimensional optical system to promote a future for 3D despite critics ruling it a dying technology.

It’s not the first time

KDX is not the first company to conceptualize the idea that the future of 3D is in glasses-free 3D technology.

In 2016, US-based firm Stream TV Networks unveiled an Ultra-D software. According to the company, 3D technology only needed to be tweaked to be viable in the mainstream market. Steam TV Networks received a Technology Award for innovatively tuning its 4K glasses-free 3D to enable viewers to watch its content on walls. This year the company unveiled its first glasses-free 3D monitor and tablet panel at this year’s Consumer Electronics Show (CES2018), which was held in Las Vegas in January.

KDX also made their mark in the glasses-free 3D technology niche by introducing a digital embodiment of an important landmark.

KDX is known within the technology bracket for its innovative solutions to 3D technology. Holding over 1000 patents in 3D tech, the firm deals with numerous gaming and electronics manufacturers in China, Europe, and the US. KDX is also known as one of the topmost companies in advanced glasses-free 3D display technology.

This year’s KDX entry into the CES2018 was a digital version of the Imperial Palace. The concept behind KDX was integrating internet ecology with Ultra-D technology to create viewing experience unique to their multilayered optical system. Using New Smart Display and Internet Ecology, the firm created a virtual Imperial Palace, complete with the treasures of the Chinese historical landmark. The interactive 3D display was made from KDX’s patented three-dimensional technology, and allowed users to control their experiences using a touch-sensitive monitor.

As glasses-free 3D technology becomes more advanced, its applications will increase. If the KDX contribution to the market is any indication, pretty soon 3D tech will give most other HDadvancements a run for their money.

Is there something wrong with Micromoney? Why it’s been called a fraud?