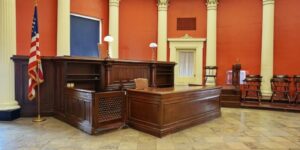 Losing parties in criminal or civil lawsuits have the right to appeal. But petitioning for an appeal doesn’t mean that you will get one; you must substantiate through evidence that procedural issues or other substantive issues were why you lost your case.

If the appellate court is satisfied with your reasons to seek an appeal, your petition is granted, and you get a retrial. If not, the court upholds the lower court’s decision. But losing an appeal is not the end. There are several alternatives you could explore.

Petition for a Rehearing

One option would be filing a motion for “en Banc reconsideration.” En Banc reconsideration essentially means requesting the court to reconsider its ruling. The appellate court will only grant a rehearing only if there was a major miscarriage of justice in the initial hearing. For example, if material facts were overlooked or misrepresented, resulting in an unfair outcome.

Also, you must file for a rehearing within a 15-day window from the date the appellate court gave its verdict. But the waiting time may vary by state, so you may want to get clarification from your lawyer.

You will also need to seek permission to file a petition at the Supreme Court from the court that made the original ruling. Also, you must file a petition within 30 days of losing your appeal. Failure to comply makes the appellate court decision permanent and final.

If you’re convicted for federal offenses, the appeal will be in a federal appeals court and then move to the United States Supreme Court. For crimes under a state’s jurisdiction, the appeal happens in the state’s appellate court and Supreme Court. The Supreme Court is mainly final, but there are circumstances where an appeal would be applicable.

If the appellate and the Supreme Court do not offer the reprieve you seek, your lawyer could explore “writ of habeas corpus” as a last resort. This option provides relief for individuals whose convictions involved constitutional violations and fundamental or jurisdictional defects.

Unlike avenues of appeal discussed above, your lawyer can introduce new facts and arguments in the case. Also, there are no timelines for filing a case under this option.

“This option is a lifesaver for persons convicted of crimes they never committed if new evidence based on new information exonerates them,” says criminal lawyer William Umansky of The Umansky Law Firm. For example, an individual convicted of a crime that involved sexual assault when there was no way of matching DNA could file for a habeas relief if new the seminal or blood specimens used to prove their guilt point to someone else’s DNA.

Other grounds that could qualify for habeas relief would include:

Courts do not grant petitions easily. So, it would be best to hire a legal mind when drafting and filing petitions or risk not making any meaningful progress.