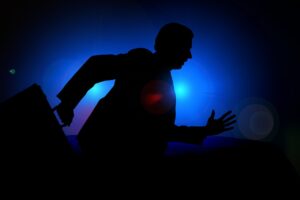 The phrase ‘white collar crime’ was first coined in 1939, and generally refers to non-violent offenses that are financially motivated. Usually perpetrated by businesses as well as government employees and officials, these crimes are usually performed in places where some form of autonomy is in place by people who have a high social status, or high level of respectability. The crimes committed often cause significant financial losses for employees, investors, and companies. Keep reading to find out more about white collar crime and how it is usually sentenced.

Fraud is the most common type of white collar crime and can include anything from computer fraud (stealing bank details, or information from a computer), to insurance fraud (padding out claims), and bankruptcy fraud (misleading debtors). Ponzi schemes and other similar financial related scams have also started to be investigated as fraud. There are different levels of fraud, and someone who has stolen a person’s credit card details will be sentenced differently to someone who has counterfeited money for distribution, for example. For a fraud case to be perused, it needs to be proven that the person intended to commit fraud, and caused someone a monetary loss as a result.

White collar theft is usually more involved than a petty thievery accusation. In this circumstance, it involves the theft of large amounts of money or assets. The two main types of white collar theft are embezzlement (the theft of goods, services or money by an employee), and blackmail (threatening to expose secrets, damage property or cause harm to someone unless they hand over money).

Violation of statutory law can refer to a number of different crimes including tax evasion (attempting to avoid taxes that should be owed), money laundering (filtering illegally obtained money through a series of transactions to make the money look legitimate), kickbacks (compensating an individual in order to gain profit and influence), public corruption (abusing a government position), bribery, and insider trading. For this to go to court, it needs to be proven that the perpetrator intended to commit the crime.

The Sentencing for White Collar Crime

Both corporations and individuals can be charged with white collar crime, and due to the seriousness of the crimes, it is always advised to hire a specialized white collar crime attorney such as New Mexico Criminal Law Offices. The penalties for committing one of these offenses vary depending on the nature of the crime, but common punishments include home detention, imprisonment, fines, supervised release, restitution, and forfeitures. If a defendant agrees to help the authorities with their investigation, sentences may be reduced, and plea bargains may be agreed upon.

Whilst many white collar crimes are hard to prosecute, due to the sophisticated means in which they are carried out, the penalties can be harsh. And, depending on the charges in question, a variety of state and federal laws can be involved. This is why it is vital to hire an attorney who specializes in this specific type of law.

Mac v PC: Why Buying a MacBook is the Best Thing You Can Do

3 Simple Ways to Reduce the Running Costs of your Business