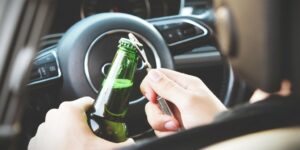 Virginia has some of the toughest DUI laws in the United States. Conviction of DUI charges could negatively impact your job, your security clearance, and the cost of insurance, not to mention potential jail time and court fines.

For anyone driving in Virginia, precisely what constitutes drinking and driving as a criminal offense? Virginia Code Section 18.2-266 prohibits “driving while intoxicated,” (DWI). Like all other states, Virginia evaluates drunk driving or DWI according to blood alcohol concentration (BAC), which is the amount of alcohol in your blood. It is usually measured indirectly on your breath by chemical analysis. The limit is a BAC of 0.08 or higher. Unlike most other states, Virginia establishes lower legal limits for two special categories of driver: 0.02 for any driver under age 21 and 0.04 for any driver with a commercial driver’s license.

What Constitutes a Conviction?

The first thing the state must prove to obtain a DWI conviction is that the defendant was driving a motor vehicle. Then, the state must prove that one of five factors in Virginia law were met, two of which deal with specific blood alcohol concentrations, while the others refer to driving “under the influence.”

In Virginia, the term “motor vehicle” is broadly defined and includes motorcycles and mopeds in addition to cars, trucks, and SUVs. It even includes lawn tractors. “Operating” is defined as engaging the electronic systems of the vehicle. In other words, just putting the key in the ignition constitutes operating a motor vehicle. You can be parked with the engine not running, but if the keys are in the ignition – even locked in the off position – you are considered to be operating a motor vehicle.

Even if you are not physically in your car, if a witness can state that you were behind the wheel, you are still operating a motor vehicle.

It is a crime to drive in Virginia with specific concentrations of alcohol or other intoxicants. Virginia uses two breath tests to determine alcohol levels in the blood. Many law enforcement agencies administer a preliminary breath test, or PBT, using the Alco-sensor. This test is usually given at the stop prior to making an arrest. There is no legal requirement for you to take the test. The results aren’t even admissible in court. Its purpose is to establish probable cause to make an arrest. If you refuse the test, it is likely that the officer will place you under arrest, but of course, this may also prevent the government from gaining evidence against you.

The second blood alcohol test, administered at the police station, is the required breath test. For the privilege of driving on Virginia’s highways, every person who operates a motor vehicle is considered to have agreed, upon an arrest for DWI, to have breath or blood samples taken in order to determine alcohol content. The samples must be taken within three hours of the arrest.

Alexander Law Office, P.C., a law firm that specializes in DUI Defense, lists the penalties for unreasonably refusing to provide a breath or blood sample. The first offense is merely a civil offense, with the loss of driving privileges. Subsequent offenses become misdemeanors.