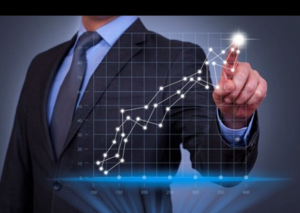 Most people will find this topic quite juicy as advertising tax liens is usually more advisable around this time of year. In the early parts of February, tax collectors will be obligated to the delinquent taxes that are liens on real property report to their governing boards. Governing boards are tasked with the responsibility of issuing orders to advertise those liens. With this in mind, ca lot of people will probably be wondering just what tax lien advertising really is and how they manage to be so lucrative to some people.

Advertising tax liens is mandatory for all local governments that levy property taxes. To show its severity and seriousness, GS 105-369 specifically makes use of the terms “must” or “shall” on over 15 different occasions when describing the obligation of the state to advertise delinquent taxes that are liens on real property. All countries and cities that collect property taxes are highly mandated to use tax liens. For a quick overview, here are a few facts about tax liens that you definitely should be in the know of:

– Tax lien advertisements are very compulsory only for counties that have adopted the in rem foreclosure process.

– In the event of a newspaper ad or any other form of publicity, countries are allowed to also advertise tax liens on their official website or on any other media that is accessible to them.

– For everyone to see and be fully aware of their existence and availability,tax liens must be advertised in the largest newspaper in the county. The progress and numbers of newspaper agencies are usually tracked to find out which among them is the most widely read and has the most sway and highest popularity level. The government’s choice of a newspaper agency can also change from year to year. There’s no constant choice.

The usual tax lien advertisement will go something like this:

“Delinquent real property tax liens will be put on advertisement on the 8th of March. Failure to pay the delinquent taxes listed below before the date specified above will result in your name being included in the city’s list of delinquent taxpayers and you will subsequently be charged a portion of the cost incurred by the city in advertising your property.”

There are a lot of risks and dangers surrounding tax lien investing and advertising, most of which aren’t known to the public. All in all, the entire subject is one which must be approached with caution.

Now let’s examine a tiny problem. Advertising a tax lien that will be on sale o the 8th of March (for instance) will mean that the newspaper agency will have had prior knowledge of this and the article will be in their possession before the specified date (8th March). Usually, the list of tax liens will have been with them probably two or three days before. If a delinquent taxpayer pays his (or her) taxes before the newspaper agency gets the list of delinquent tax liens, his name can be removed from the list and he won’t be charged any percentage of the ensuing advertising cost. Ergo, just like that, all will be resolved. However, a problem occurs if the taxpayer pays his (or her) taxes in the period between the submission of the article to the newspaper agency and the actual publication. The taxpayer’s name will still be put in the list of delinquent taxpayers and won’t be happy at all to find his name there, despite the fact that he has paid his taxes fully.

The only remedy for this situation will be to serve the tax collector with notice of your paid taxes and he’ll have no option but to let the ad run while all additional fixes are made behind the scenes. The taxpayer won’t have any additional financial responsibilities, but will more than likely suffer the negative publicity.

3 Ways that you can start a business with your sprinter van.