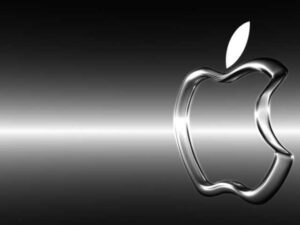 If you write for a tech blog site you are pretty much required to write about Apple’s next new thing (I think it says something about that in my contract – or it would if I actually had a contract).

Apple has had their PR machine clicking on all cylinders for practically ever and there’s no sign that they are letting up on the gas any time soon. They’ve got spin down to a science.

Four times a year they have their earnings reports and online chats about the numbers. Gotta cover that. Pick a number and write an article about it. Sales slipping on iPads a bit? Turn it into a story. No hard numbers on Apple Watch sales? Sounds like a call for speculation.

Every fall they announce the new iPhones (then drips and drabs about other new iProducts follow in the next few weeks). So we have the lead up articles where writers try to ferret out any leaks, rumors or best of all photos of boxes from some employee at a Chinese factory. If you can’t get any of those things then write about the features you hope will be included or speculate on the exact date of the press conference or what hidden message might be included in those oblique press invites.

Then when the official announcements are made you’ve got weeks to pour over the spec sheets, write stories about their totally redesigned bezels and try to find things they didn’t specifically mention (will they or won’t they all have Force Touch? Is that processor running slightly faster or not? What is that extra bit of chrome around the camera lens for?)

Just before the beasts finally do ship we can write about the person who quit their job so they could wait in line for three weeks, then interview the person who got the first one, then interview the person who dropped theirs out the car window on the way home from the store. And we all have to ohh and ahh over the colors, the size of the screen, the resolution, the fact that they are .02 inches thinner and whatever. Most tech writers wait for the really hard core geek sites to tear one open and snort about how hard they would be to repair since everything is super glued in place.

Then when the public actually starts giving them the real field tests and begin finding out that they drop connections when you try to use them inside an MRI machine or emit strange whistles after you accidentaly have them dry cleaned or they melt in the sun we can all write about that (and the software patches to fix those problems or Apple’s denial that they explode easier than anyone else’s smartphone).

After the smoke has cleared a bit we can write stories about the kid who posted a YouTube video of a mule eating his new iPhone or someone setting twelve of them on fire with a road flare.

And just as all the hoopla starts to fade there’s bound to be another Apple developer conference to write about or a new rev of the iOS or an S version or a C version of last year’s iPhone and oh by the way they’re launching a music service, relaunching a streaming video service or trimming another half an ounce from MacBook Pros.

I found it slightly amusing that even before some people got their pre-ordered Apple Watches you already began to see stories speculating about the next generation.

Hell, even this story is nothing more than a story about people writing stories about Apple.

The BMW i8 vs. The Jaguar F-Type: Which Has a Better Handle On the Future?