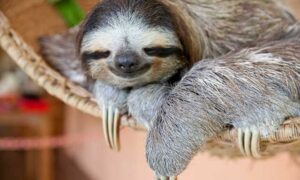 Later today Apple will be holding yet another event to announce yet more iThings. Rumors are that they will announce new iPads and they will probably be slightly bigger, thinner and maybe the batteries will last longer. Maybe there will be a new MacBook but probably not a new Mac. Maybe something about their new OS. Who knows?

But people will probably rush out to buy the new iThings because, well, that’s what iPeople do.

And if lots of iPeople buy lots of new iPads then Apple will have saved the flagging tablet industry (or at least Apple’s corner of that industry).

It’s getting really tedious writing about Apple events these days. No juicy leaks. No clues. Just a ton of speculation and lots of gushing when they finally trot out a slightly modified version of something they already had.

I think they need a new approach when holding these events, but then again I don’t run Apple and they seem to have sold a lot of new iPhones after their last event, so I guess they’re doing something right.

It would be refreshing if they announced something truly new. Perhaps a driverless iCar or maybe an iDrone delivery service or a self-destructing messaging app. Oh wait, those sorts of things aren’t actually new.

Perhaps they could announce plans to bring Internet services to the poor and offer inexpensive iPhones that…oops sorry, I forgot we were talking about Apple.

Anyway, the only thing that would surprise me from Apple’s upcoming event would be if they actually surprised me with something new.

I doubt very much that will happen but we’ll know in a few hours.

Welcome Back to Westworld

Intel and Asus Make Another Run At the Modular PC