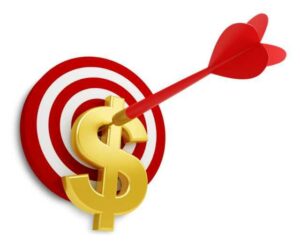 Facebook has announced a new feature called bandwidth targeting that lets advertisers serve content to devices based on their connection speeds.

In a blog post today Facebook announced that advertisers can now customize the ads they serve to mobile devices based on their connection speeds.

Network speeds in high-growth countries can vary and infrastructure is constantly changing. This fragmented environment makes it difficult for businesses to reach people with valuable experiences on their mobile devices. That’s why we’re launching a new feature that enables advertisers to reach people based on the network connection — 2G, 3G or 4G — they most often use when accessing Facebook.

Facebook already offers the option to reach people based on the type of device they use (smart phones, feature phones and tablets), as well as device model and operating system. However, advertisers also told us that having the ability to segment based on network connection type would help them create better ad experiences.

Beginning today, bandwidth targeting is available to advertisers around the world via the Ad Create tool, Power Editor and the API.

This seems like a pretty good idea (and could potentially be useful even beyond ‘high-growth’ countries). It’s not very clear however if ads can be targeted based on the number of bars or the quality of a particular 3G or 4G connection.

It will certainly give the marketing departments at a lot of ad agencies some extra work. Now they’ll have to make even more versions of the same ads. But anything that lets advertisers drill down, find the right audiences and serve them up an experience that is more enjoyable than it is frustrating is probably a good thing for both the advertisers and the people who have to view the ads.

Plantronics BackBeat Pro: Can You Fall In Love With a Headset?