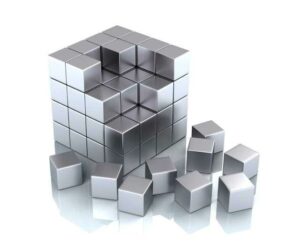 There have been recent stories about the Chinese government cracking down on Microsoft (and others) for various reasons from anti-trust violations to price fixing to potential security threats, but one of the more interesting stories to emerge in recent days has been the news that China is working on its own operating system.

Theoretically a Chinese-built OS could lessen that country’s reliance on all things Windows and foster the development of more home-grown applications.

On the surface this seems like a daunting task. After all, it has taken Microsoft, Apple and others years and years to develop their operating systems (and they are still tinkering with them). The number of lines of code in something like Windows or OS X must be in the tens of thousands by now and there are still bugs that need fixing. There are so many parts, so much code, so many potential difficulties that it would take years. So how is the Chinese government going to catch up?

Granted, a lot of those old operating systems didn’t have to run legacy software since they were going to be deployed on completely new hardware and they were expecting people to write entire suites of completely new software to run on the new OS. They also didn’t have nearly the same capabilities or sophistication of modern OSs. Many of them were little more than hardware abstraction layers without a lot of user interface bells and whistles (the applications were supposed to take care of most of that stuff).

Now if you are trying to build an operating system that will run Windows or iOS or Android applications that could be a bit difficult. There are tons of libraries and functions and interfaces you would have to emulate and it gets even trickier if you don’t have the source code.

Also, if you are mainly concerned about security issues then even starting out with something like Linux could require a lot work. (Rumors are that the Chinese are basing their new OS on Linux so that could give them a head start.) But a paranoid person would want to go over just about every bit of code since it came from so many sources (unless you trust the open source vetting process).

Of course, you could just buy one of those old operating systems and give it a facelift. I bet you could pick up something like CPM or AmgiaDOS for a song.

China developing its own OS to take on Windows and Android