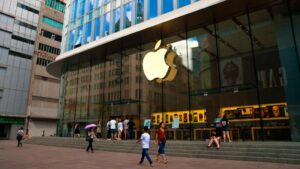 The Cupertino based tech-giant, Apple has been asked to pay €13 Billion in taxes to the Irish authorities after the European Commission (EU’s anti-trust regulators) ruled that it had received illegal state aid.

The massive sum, some 40 times bigger than the previous known one demanded by the European Commission from a company in such a case, could be reduced, the EU executive said in a statement, if other countries sought more tax themselves from Apple.

Apple which has already paid a tax rate on European profits of between 0.005 and 1 percent, has also said it will appeal the decision, the Commission said.

In response to the charges issued, Apple has officially confirmed that they will appeal.

Apple follows the law and pays all of the taxes we owe wherever we operate. We will appeal and we are confident the decision will be overturned.

The company further highlighted the impact of their supposed break of tax laws which could hit employment opportunities in Europe.

The Commission’s case is not about how much Apple pays in taxes, it’s about which government collects the money. It will have a profound and harmful effect on investment and job creation in Europe

The Cupertino-based company also emphasised on the possible impact that this case could have with respect to creating jobs in Europe.

The Commission’s case is not about how much Apple pays in taxes, it’s about which government collects the money. It will have a profound and harmful effect on investment and job creation in Europe

However, Ireland has said that it disagrees profoundly with the European Commission’s ruling against its tax dealings with Apple, Finance Minister Michael Noonan said on Tuesday ahead of seeking cabinet approval to appeal.

Ireland’s finance ministry said its position remained that the full amount of tax was paid and no state aid was provided. Ireland did not give favourable tax treatment to Apple and does not do deals with taxpayers, it added.

For Apple, whose earnings of $18 billion last year were the biggest ever reported by a corporation, finding several billion dollars should not be an insurmountable problem. The 13 billion euros represents about 6 percent of the firm’s cash pile.

Apple employs 5,500, or about a quarter of its Europe-based staff, in the Irish city of Cork, where it is the largest private sector employer. It has said it paid Ireland’s 12.5 percent rate on all the income that it generates in the country.

(With inputs from Reuters.)